A Florida man has been arrested for allegedly attempting to bait an alligator into biting his arm and pouring beer into the reptile’s mouth.

The incident reportedly occurred Aug. 26 when Timothy Kepke, 27, of Hobe Sound, was out with his friend Noah Osborne, 22. According to reports, Osborne caught the alligator and Kepke attempted to entice the animal to bite his arm and poured the alcoholic beverage in the animal’s mouth. It was not shared how large the alligator was. 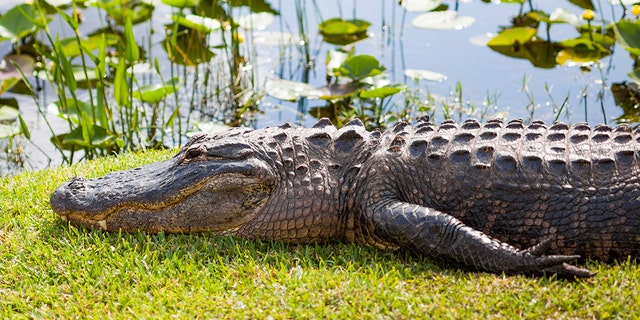 The incident reportedly occurred Aug. 26 when Timothy Kepke, 27, of Hobe Sound was out with his friend Noah Osborne, 22, who caught the reptile (not pictured). (iStock)

The pair were arrested on Oct. 3 and charged with one felony count of unlawfully taking an alligator, TCPalm reported.

Authorities were tipped off about the illegal treatment of the animal by a complaint from a source to the Florida Fish and Wildlife Conservation Commission. Video of the incident was reportedly taken and shared.

If convicted, the two could face fines and possible jail time.