Cedric Benson, the former No. 4 pick in the 2005 NFL draft, was killed in a motorcycle crash in Austin, Texas on Saturday night, according to multiple reports. He was 36.

Law enforcement reported the crash occurred at 10:22 p.m. when a motorcycle hit a white minivan that was pulling out onto the roadway. Benson and another woman were killed and two others were injured. Details of the crash included a “vehicle and person on fire,” according to Austin-Travis County EMS. 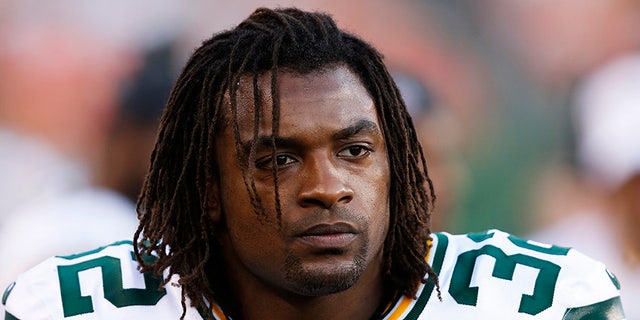 CINCINNATI, OH – AUGUST 23: Cedric Benson #32 of the Green Bay Packers looks on against the Cincinnati Bengals during a preseason NFL game at Paul Brown Stadium on August 23, 2012 in Cincinnati, Ohio. (Photo by Joe Robbins/Getty Images)

Benson reportedly posted a photo of his BMW motorcycle on his Instagram account earlier in the day with the caption “My Saturday Evening.”

The Austin American-Statesman reported that several people appeared to be mourning at Benson’s Austin home on Sunday morning.

The former Texas Longhorn great finished with 5,540 rushing yards during his college career that ranks sixth all-time in NCAA Divison I-A history and second only to Ricky Williams in team history. He received the Doak Walker Award as the nation’s top running back in 2004 and was a consensus All-American, leading him to be selected fourth overall in the 2005 NFL Draft by the Chicago Bears.

His coach at Texas, Mack Brown, responded to an Instagram post by saying, “We lost a great one way too son. #RIP.”

His brother Dominic posted an emotional and grief-stricken status on Facebook, saying “my brother gone.” in the comments of his post.

Benson played for eight years in the National Football League, rushing for 6,017 yards and 32 touchdowns for the Bears, the Cincinnati Bengals and, briefly, the Green Bay Packers. He had his best year as an NFL player in 2009 with the Bengals, where he rushed for 1,251 yards and six touchdowns.

He also had his share of legal troubles throughout his time in the NFL, ranging from allegedly operating a boat while intoxicated in 2008 to assault charges in 2010 and 2011. Two days before his death, he appeared in a Travis County courtroom where he pleaded guilty to misdemeanor drunken-driving charges from an incident on Feb. 18, 2017.

He received an outpouring of posts online from former teammates, friends and fans.

Benson last played in the NFL with the Packers in 2012 after suffering a Lisfranc injury to his foot. He reportedly took up a job as a loan originator upon retirement.