The girlfriend of the Connecticut man whose estranged wife vanished months ago allegedly told police in a recent interview that he had his truck washed because the body of his wife was “at some point” in there.

Fotis Dulos, the estranged husband of Jennifer Dulos, was arrested for a second time Wednesday in connection with the disappearance. Police said Fortis Dulos was apparently “lying in wait” at her residence, according to the warrant application. Police claimed the crime and cleanup occurred between 8:05 a.m. and 10:25 a.m. May 24, the day she vanished.

The new allegations were revealed in a 43-page warrant. Fortis Dulos was arrested at his home and hit with an additional charge of tampering with or fabricating evidence in her disappearance.

But Norm Pattis, an attorney for Fortis Dulos, claims there is “not much” in the allegations that wasn’t already known, The Stamford Advocate reported.

Dulos posted $500,000 bail and is scheduled to appear in court next Thursday, according to a police report obtained by Fox News.

Fotis Dulos, 51, and his girlfriend, Michelle Troconis, 44, were arrested in early June and pleaded not guilty to evidence-tampering and hindering prosecution. They had been released on bail. Both have denied any involvement in the disappearance of Jennifer Dulos.

Fortis Dulos was arrested again after Troconis and an employee of his construction company, Pawel Gumienny, allegedly told investigators that Dulos had used a vehicle registered to Gumienny on the morning Jennifer Dulos disappeared.

Gumienny also allegedly said he made strange requests in the days following her disappearance, including asking him to swap out the seats of the vehicle because he was afraid police would find his hair in the car.

Jennifer Farber Dulos, 50, has not been seen since she dropped her children off at school on the morning of May 24. Her 2017 black Chevy Suburban was found near Waveny Park in New Canaan shortly after she was reported missing. 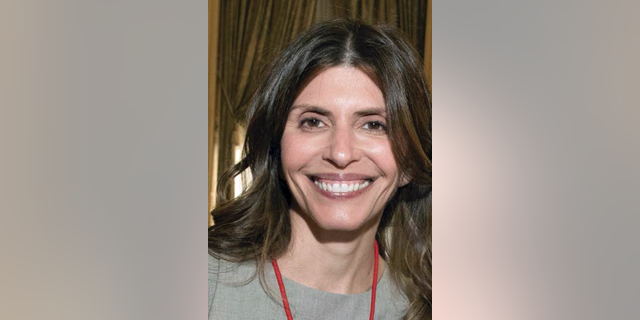 Jennifer Dulos, 50, vanished after she dropped her children off at school in New Canaan, Conn. on May 24. (New Canaan Police Department)

New police photos from surveillance footage captured in and around New Cannan showed a red 2001 Toyota Tacoma, which was registered to Gumienny but which Fotis Dulos had allegedly used, parked near a dirt turnout on Lapham Road, near where Jennifer Dulos’ car later turned up abandoned.

When police combed through the mother-of-five’s home, they found bloodstains on the garage floor and evidence of cleanup attempts.

Police said they believed Fotis Dulos drove her body “and a number of other items associated with the cleanup which occurred in the garage of the residence,” to Lapham Road and switched vehicles.

A man resembling Fortis Dulos was also caught on surveillance footage in a third vehicle, a 2014 Ford Raptor pick-up truck, registered to his company, dumping bags of trash “which appeared to be stained with a substance consistent with the appearance of blood,” according to court documents. A woman matching Troconis’ description was also seen sitting in the vehicle, the documents said.

Troconis later allegedly told police that she and Fortis Dulos were the two people in the video, but that she didn’t know what he was doing when he was disposing of the bags.

Investigators spent weeks sifting through garbage and trash and reportedly uncovered bloody clothing, including a T-shirt and bra that Jennifer Dulos was wearing on the day she disappeared, as well as bloodied cleaning supplies such as sponges.

Police reports revealed that a man resembling Fortis Dulos was caught on camera placing an item in a storm drain. When police searched the drain, they found license plates that were linked to him.

Troconis allegedly told investigators in an interview June 6 that she and Fortis Dulos wrote the notes to “help them remember” where they were and what they were doing on these dates, including false alibis.

“It is difficult to see why the state waited for months to serve this warrant,” Pattis, the attorney for Fortis Dulos, said in a statement to Fox News on Wednesday. “It was unnecessary. Apparently, Michelle has changed her tune and a handyman is telling tales to deflect attention from himself. We wish the state police spent more time looking for Jennifer and less trying to build a case against Fotis. We will plead not guilty to these charges next week in Norwalk.”

Troconis again allegedly told police in an Aug. 13 interview that “she had not been truthful” in previous interviews.

She allegedly admitted that she did not see Fortis Dulos on the morning Jennifer disappeared and didn’t see him until the afternoon.

Troconis allegedly said she saw him cleaning “spilled coffee” out of the Tacoma after Jennifer went missing. She allegedly said Dulos “handed her a stained towel he had been using to clean the truck and told her to place it into a plastic garbage bag.”

She said she did not remember the color of the stain but admitted that it did not smell like coffee, the police report said.