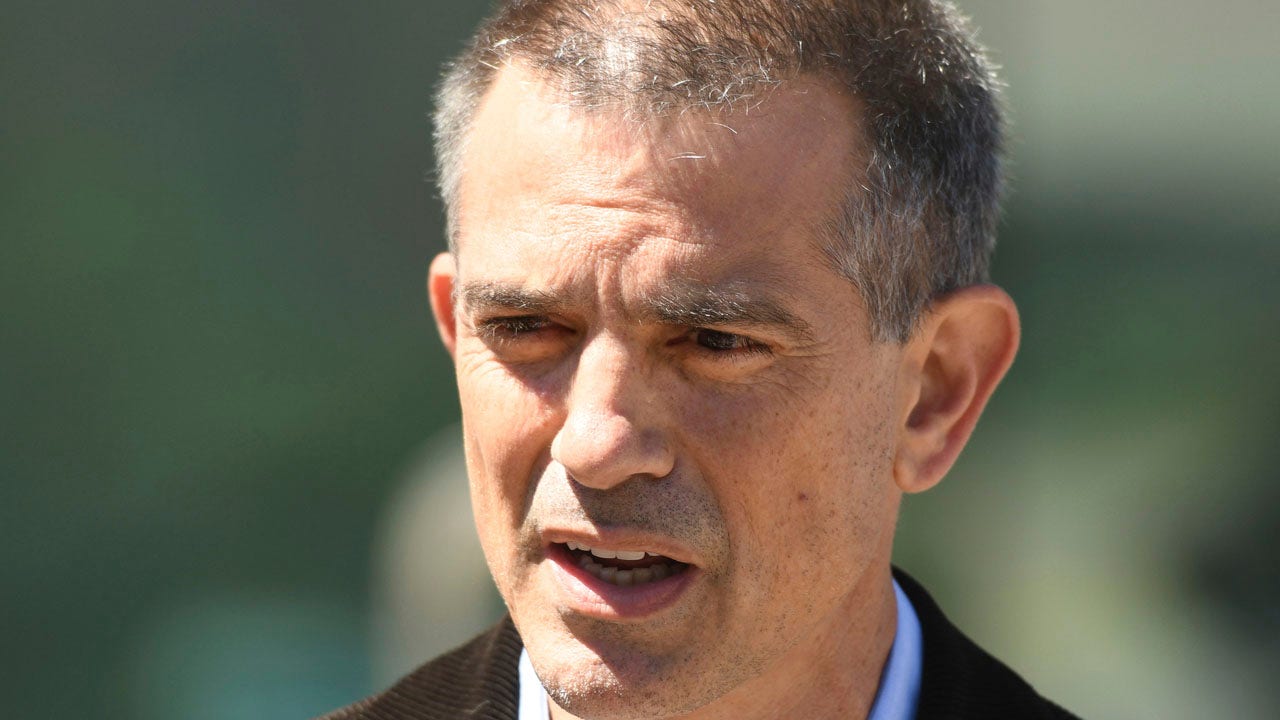 Fotis Dulos, a Connecticut real-estate developer charged in connection with the disappearance of his estranged wife Jennifer Dulos, maintained his innocence Tuesday during his first sit-down interview about the case, claiming he’s “worried” about his wife and never wished her “ill in any way.”

“I know what I’ve done, I know what I haven’t done,” the 51-year-old Greek immigrant told New York City’s WNBC-TV. “I have to stand and fight and hope that the truth is going to come out.”

“I know what I’ve done, I know what I haven’t done. I have to stand and fight and hope that the truth is going to come out.”

Jennifer Dulos, 50, hasn’t been seen since dropping her children off at school in New Canaan, Conn., on May 24.

Fotis Dulos and his girlfriend, Michelle Troconis, are charged with evidence tampering and hindering prosecution and have been accused of disposing of items found in Hartford that contained Jennifer Dulos’ blood. The pair were released on $500,000 bond pending trial.

“I had my differences with Jennifer like many people do when they go through a marriage. It didn’t work out for us, but that doesn’t mean that I wish her ill in any way,” Fotis Dulos said Tuesday. Jennifer Dulos filed for divorce two years ago, and the estranged couple had been involved in a contentious court battle up until her disappearance.

“I had my differences with Jennifer like many people do when they go through a marriage. It didn’t work out for us, but that doesn’t mean that I wish her ill in any way.”

Despite the charges against him, Fotis Dulos said he has “faith in the system” but that he’s already been “convicted” in the minds of many.

“Statistically when this happens,” Dulos said, referring to a spouse going missing, “90 or 95 percent [of the time]  it’s the spouse. ” Dulos claimed he belongs “in the 5 or 10 percent” of spouses who are innocent.

“[It’s] been a very tough time for the whole family. We’re all worried about Jennifer,” he said. “I’m worried very much about the kids and what they’re going through.”

The children, ages 8 to 13 and including two sets of twins, have been staying with Jennifer Dulos’ mother, Gloria Farber, in New York City. Both Farber and Fotis Dulos are seeking custody.

Fotis Dulos’ sister, Rena Dulos, who lives in Greece, spoke out for the first time Monday, defending her brother and insisting he’s incapable of having any involvement in Jennifer Dulos’ disappearance.

In a lengthy statement to Hartford’s FOX61, Rena Dulos said her brother desired to be a father and “sincerely craves to see his children and be an integral part of their upbringing.”

She also said her brother, who may have had “personal differences” with his estranged wife, “truly and sincerely holds her in his prayers” and wants “nothing more than to know that she is well and could ultimately return to their children.”

According to their arrest warrants, a couple whom police have identified as Fotis Dulos and Troconis were seen on video surveillance driving in Hartford around the time Jennifer Dulos was reported missing. The man was seen tossing garbage bags into more than 30 trash bins with items that were later determined to have Jennifer Dulos’ blood on them.

Fotis Dulos’ DNA was found mixed with his wife’s blood on a kitchen faucet in the New Canaan home where she lived with her children after the couple split, according to State’s Attorney Richard Colangelo. Police said the house also had evidence of blood spatter and cleanup attempts, according to the arrest report.

Prosecutors consistently hinted more charges were likely, but have yet to file any other counts. He is scheduled to appear in court again Aug. 2.