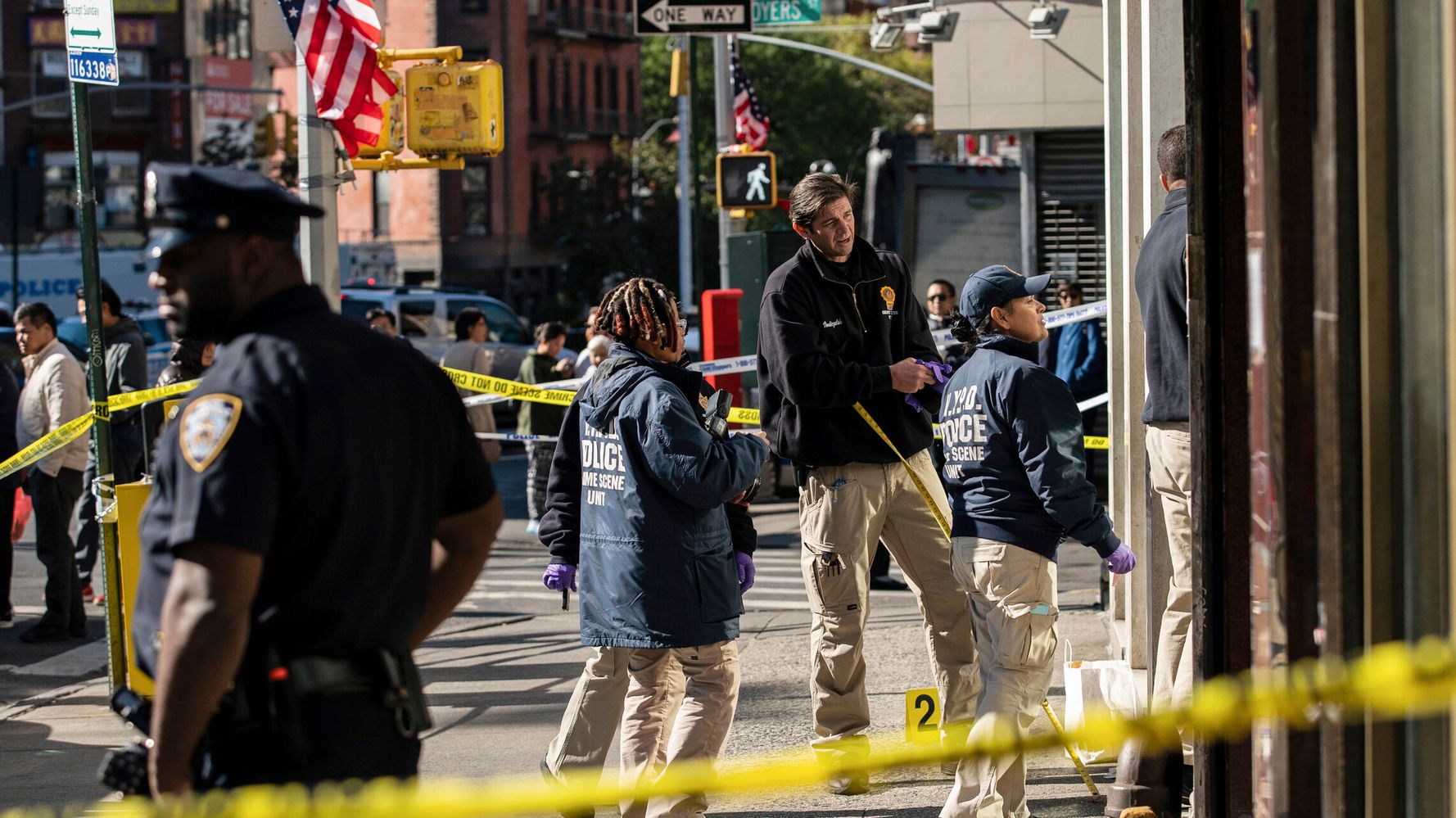 Chief of Manhattan South Detectives Michael Baldassano said at a Saturday news conference that the men were attacked at random in the city’s Chinatown neighborhood with the object that authorities recovered.

Police responded to a 911 call just before 2 a.m. as one assault was in progress.

A 24-year-old suspect was in custody but has yet to be charged, the detective said.

The chief said the suspect is homeless and that his actions appear to have been “random attacks” rather than motivated by race or age. He said police recovered a metal pipe that was still in the suspect’s hands when he was arrested after fleeing the scene of the last attack.

He was described as wearing a black jacket and black pants that helped police find him quickly and arrest him on a nearby street.

The victims were attacked in three different locations. The first died of blunt trauma to the head. A second man was attacked nearby but survived. He was taken to New York-Presbyterian Lower Manhattan Hospital in critical condition.

The other three victims, attacked about a block away, also died of trauma to the head.

The New York Post published photos of two of the victims under a white sheet, one slumped in a blood-spattered doorway. The other lay under a sheet on the sidewalk. The identities of the victims have not been released.

Baldassano said police were searching the neighborhood street by street Saturday morning for any other possible victims.

New York City’s homeless population has grown in recent years, to a great extent because of the lack of affordable housing.

The killings started on The Bowery, which cuts through Chinatown and has for decades been known as New York’s skid row, inhabited by homeless addicts and alcoholics.

During the day, the neighborhood is bustling with small businesses and street vendors offering discount goods, its sidewalks packed with pedestrians.

Late at night, when the shops close, it turns into a quiet, desolate neighborhood that was the setting for Saturday’s attacks.