He really is some pig.

Wyatt Walton has been trapping feral hogs in Texas for years, but the one he caught on a San Antonio golf course Thursday was a whopper by any standard.

Walton and his Lone Star Trapping team used dogs to corral the animal at Gateway Hills Golf Course on Sept. 12. He then wrestled it to the ground and hog-tied it. 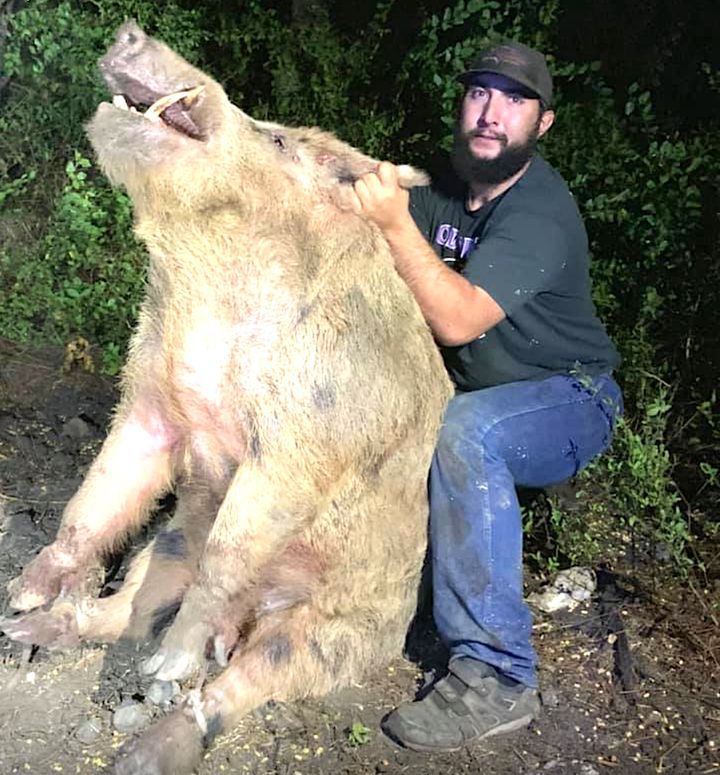 He nicknamed the hog “Big Nuts” because, you know.

The hog was taken to a processing plant. Walton kept its head “for a keepsake,” he said.

His picture with the animal has gone viral.

“I’ve been doing this out of sight and out of mind for so long,” he told HuffPost. “Now everybody gets to see what we’re doing finally.”

The state is trying to curb its feral hog population. Texas Parks & Wildlife considers them nuisance animals whose “rooting and trampling activity for food can damage agricultural crops, fields, and livestock feeding and watering facilities,” according to its site. “They also destabilize wetland areas, springs, creeks and tanks by excessive rooting and wallowing. In addition to habitat destruction and alteration, hogs can destroy forestry plantings and damage trees.”