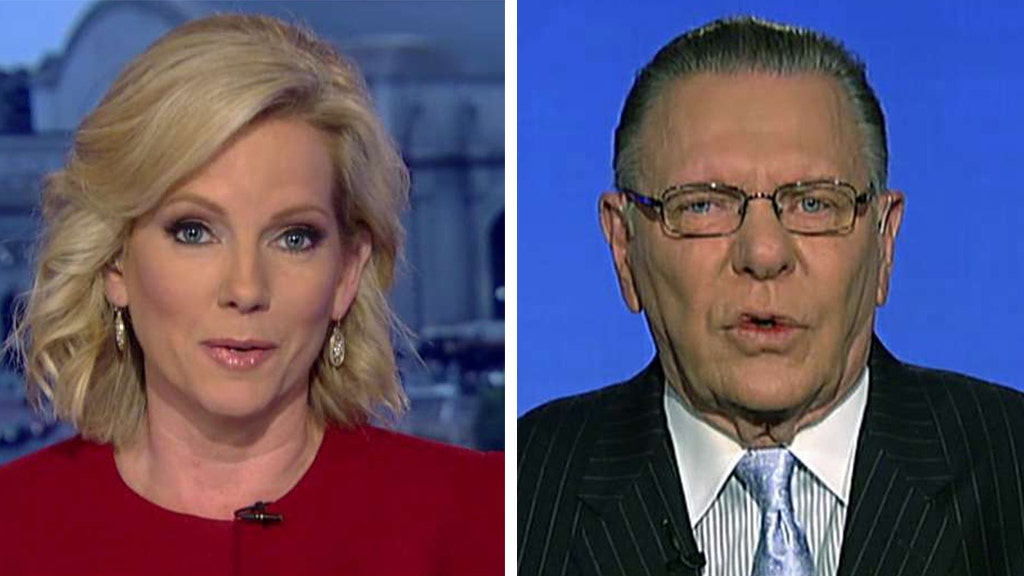 The Trump administration’s Iran sanctions are hurting the country’s economy and recent events are exposing Tehran’s strategy to deal with the matter, Gen. Jack Keane claimed.

In the time since President Trump pulled out of the nuclear deal and reimposed the sanctions, Iran has been growing increasingly “desperate,” Keane said on “Fox News @ Night“

“I think what the Trump administration is doing is fundamentally trying to change Iran’s behavior, not just with nuclear weapons, but their aggressive behavior in the Middle East,” the retired general said.

“I think it is working because the sanctions are crippling them. They’ve got obviously a little more desperate here.”

“I think Iran’s strategy here is really to use the international community, Europeans, even Japan, to put pressure on the United States to back off. That is what disrupting the world’s main oil artery in the Middle East is about,” he added, appearing to reference the Iran-linked bombings of oil tankers in the Gulf of Oman.

Secretary of State Mike Pompeo blamed Iran for what he called a “blatant assault” on the vessels last Thursday.

In a news conference, Pompeo said: “This assessment is based on intelligence, the weapons used, the level of expertise needed to execute the operation, recent similar Iranian attacks on shipping, and the fact that no proxy group operating in the area has the resources and proficiency to act with such a high degree of sophistication.”

He charged Iran was working to disrupt the flow of oil through the Strait of Hormuz and this is a deliberate part of a campaign to escalate tension, adding that the U.S. would defend its forces and interests in the region, although he did not elaborate.