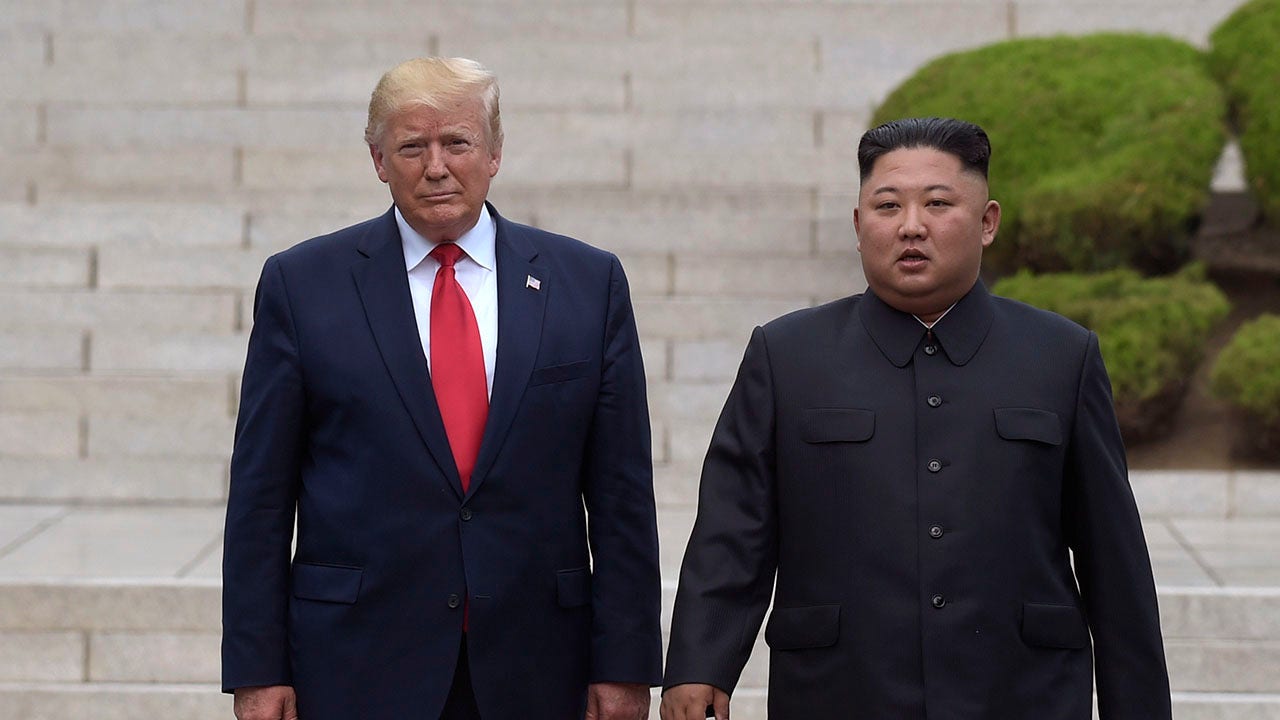 “We were very close” to war. That’s what South Korea’s Kim Jong Un apparently said to Secretary of State Mike Pompeo when they first met in Pyongyang back in 2017.

That, and a host of many other insider accounts, personifies the magic that is a Bob Woodward book.

It is the ability to take the reader into the halls of power, to make them feel that they are literally in the Oval Office with the president, listening to him weigh decisions that will shape the globe for decades to come.

The power of Woodward’s prose, the scope of his connections, the countless VIP interviews, are all supposed to undergird his credibility and to reassure the reader that what Woodward is doing is presenting an honest accounting of the raw facts.

WHY TRUMP TALKED, THOUGH HE FEARED AN ‘ATROCIOUS’ BOOK FROM WOODWARD

The reader is meant to believe that as a journalist, he is not injecting his own opinions into the narrative and that his reporting speaks for itself, with the author allowing the reader to draw their own conclusions.

And yet, when it comes to a big part of Woodward’s narrative this time around his latest book “Fear,” Woodward clearly makes the leap from reporter to NeverTrump opinion author, which was made clear Sunday night on CBS’s “60 Minutes.”

Perhaps the best example of this is his attempt to paint a picture of President Donald Trump when it comes to his dealing with North Korea as if he is in over his head, attempting to prove to the reader that Trump clearly does not understand how national security strategy is crafted, maybe even coming close to sparking a war with Pyongyang.

In fact, Woodward offers at the very end of the book that, “[W]hen his performance as president is taken in its entirety, I can only reach one conclusion: Trump is the wrong man for the job.”

I can’t say I agree with that assessment entirely. Only history and the passage of time can really render the proper judgment.

However, one thing seems clear: Trump’s style of threatening tweets, maximum pressure and shift to diplomacy, as North Korean leader Kim Jong-un signaled a willingness to talk, was surely different than any other previous U.S. approach to North Korea.

I didn’t always agree, and at times was at a loss for words, but I do feel that overall, Trump’s shaking up of the status-quo on this topic has been a net positive.

Here is where the results matter as opposed to opinion. Do you see North Korea testing missiles that can hit the U.S. or detonating hydrogen bombs? Does a war in the Korean Peninsula seem anywhere in our future, at least for the moment? No, and I think Trump deserves much of the credit for that.

There is, however, I feel something else Woodward misses, and, in fact, I think something we are all forgetting.

Much is being made of Trump and Kim’s pen pal-style of diplomacy, or the exchange of countless letters, three different meetings and various diplomatic exchanges on a leader to leader level that breaks all types of previous norms of international diplomacy.

Woodward, in his book and in follow on analysis by pundits around the globe, point this out in a pejorative fashion, as if Trump was played by Kim, somehow legitimizing the North Korean dictator in a way the makes him seem more human—and not the leader of a regime that has perhaps the worst human rights record on the planet today.

I also worried about this in leading up to the first Trump-Kim summit in Singapore.

But here is where looking at the record of negotiations with North Korea proves Trump just might have accidently stumbled onto something—something that could have a chance of forging peace with the so-called hermit kingdom after all. And in all honesty, we should thank Woodward for making the point clear.

Many former U.S. national security officials have expressed their outright disappointment in dealing Pyongyang in negotiations for one specific reason: North Korean dignitaries sent to talk read only long, drawn-out talking points and have no power to make any decisions. They either must break from talks, communicate with Pyongyang and wait for instructions or simply are powerless and can do nothing and talks collapse, many times sparking a crisis.

This same situation hampered recent working-level talks between America and North Korea before the Hanoi summit in 2019.

North Korean negotiators, meeting with their U.S. counterparts before Kim and Trump would arrive, refused to discuss anything of real substance—specifically North Korea’s nuclear weapons program, claming they have no authority to do so.

The head of Pyongyang’s delegation explained that it was only Kim Jong-un that could discuss the north’s nuclear weapons and that he had a “big gift” for President Trump when they would meet.

Due to the nature of North Korea’s negotiating strategy it seems clear that, for better or worse, it will be Kim Jong-un negotiating with his U.S. counterpart in the Oval Office on any major agreements that can change the nature of the relationship between both Washington and Pyongyang—or there will be no progress.

Sure, there is no conceivable way Kim and the next U.S. president are going to negotiate the exact step by step process, for example, of how North Korea could denuclearize. However, when it comes to the weightiest of issues, it seems clear that only at the leader to leader level can progress be made between the U.S. and North Korea.

In fact, this goes a long way to explaining Kim’s outreach to Trump in so many different letters and why Kim tries to flatter Trump so directly, as Kim is trying to craft with “his excellency” a strong relationship as he seems be is of the mind that it will be these two men who would forge peace.

That might seem completely illogical and make no sense to those who have studied the history of great power diplomacy, and yet, it seems that the president may have found the key to unlocking a potential path to peace. And while Woodward, the mainstream media and others mock or attack Trump’s summitry with North Korea, recent history and Woodward’s own work seems to suggest that the president was right to meet with ‘little rocket man’ all along.