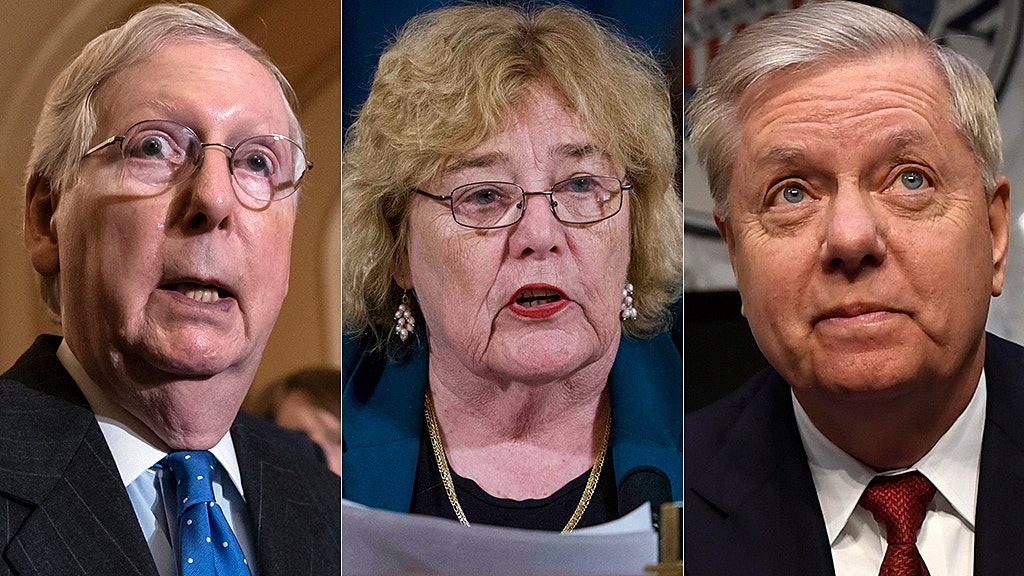 “Well, some of the things I’m hearing from the senators looks like they plan to rig the trial,” Lofgren responded.

“I think that’s a serious problem for the country, but I think it’s a problem for Trump as well. President Trump is hoping to be exonerated. He will not be exonerated if everyone knows he rigged the trial. If they’re not going to hear any evidence, if senators announce that they’ve already made up their minds, they don’t need to look at the facts, that doesn’t clear the president, if he’s not convicted in the Senate. That’s just a political endeavor to protect a man who is guilty of abusing his power,” she added.

Lofgren, who has represented the San Jose, California area since 1995, said she believes the House of Representatives made a “clear” case for why Trump deserves to be impeached.

Her comments came after McConnell told Fox News’ Sean Hannity last week that he will coordinate the defense of Trump in any impeachment trial with White House lawyers, and proclaimed that there was “zero chance” the president would be removed from office.

“The case is so darn weak coming over from the House. We all know how it’s going to end. There is no chance the president is going to be removed from office,” said McConnell.

Graham said on Fox News last week that he believes the impeachment case is a “crock” and he wants it to end in the Senate as quickly as possible, believing it’s being driven by partisanship.

“My goal is to end this as soon as possible for the good of the country because I think it’s a danger to the presidency to legitimize this,” Graham stated.

On Sunday, Senate Minority Leader Chuck Schumer, D-N.Y., sent a letter to McConnell outlining the parameters for a weekslong impeachment trial, including the proposal that former National Security Adviser John Bolton and acting Chief of Staff Mick Mulvaney be subpoenaed to testify.

Bolton and Mulvaney were among four new witnesses whose testimonies Democrats were seeking for the impeachment trial over President Trump’s actions toward Ukraine.

Schumer also proposed a detailed structure and timeline for a trial to begin Jan. 7, with the swearing-in of Chief Justice John Roberts to oversee the proceedings and stretching for several weeks as Democrats subpoena witnesses and testimony.