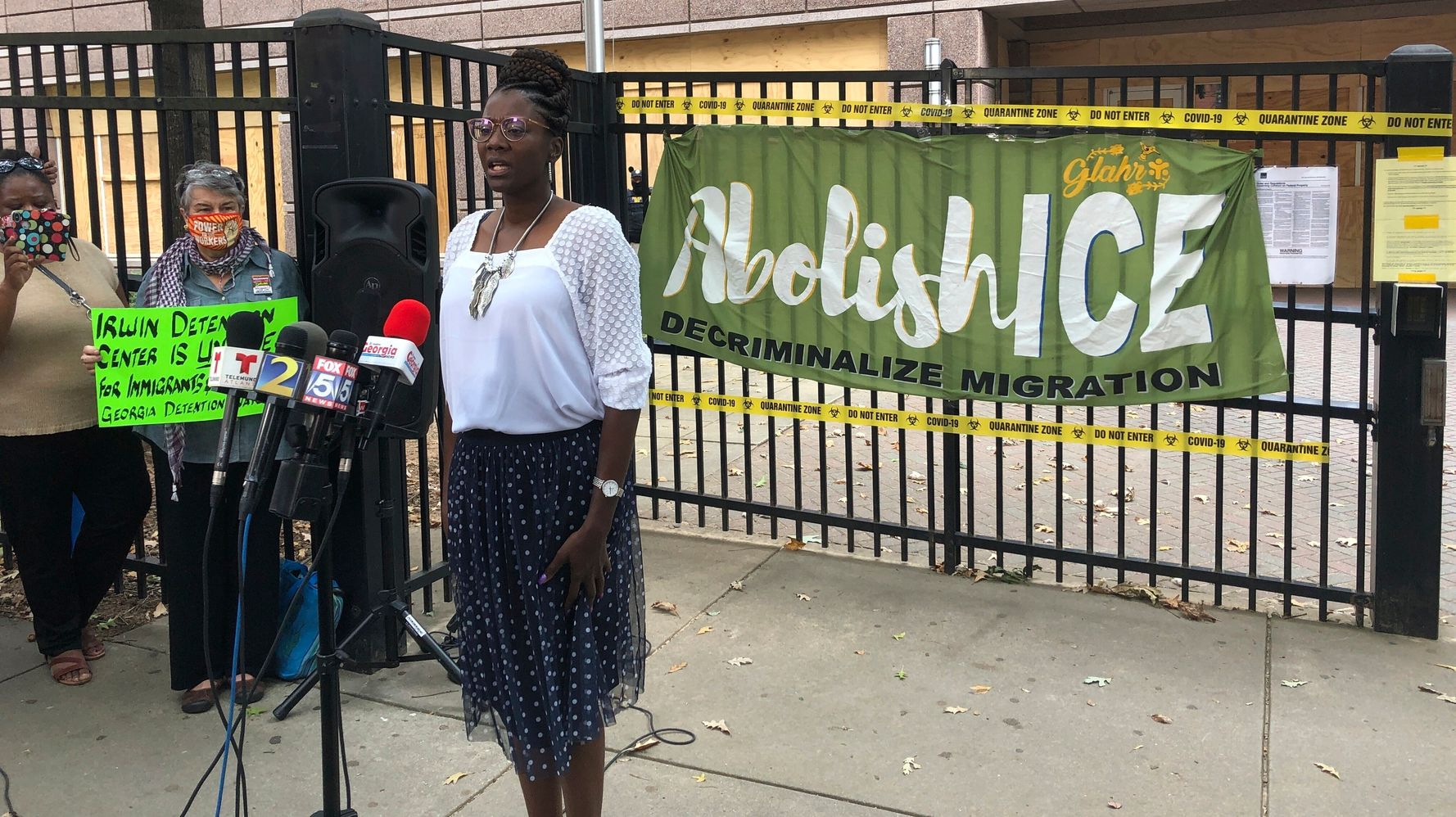 At least 173 members of the House on Wednesday demanded an immediate investigation into a whistleblower’s allegation that a doctor she called the “uterus collector” performed an alarming number of hysterectomies on immigrant women detained by Immigration and Customs Enforcement.

In a letter to the Department of Homeland Security’s inspector general Joseph Cuffari, the lawmakers also called for an urgent response and a briefing by Sept. 25 on the status of an investigation into the privately run Irwin County Detention Center (ICDC) in Ocilla, Georgia.

“We are horrified to see reports of mass hysterectomies performed on detained women in the facility without their full-informed consent and request. Everyone ― regardless of their immigration status, their language, or their incarceration ― deserves to control their own reproductive choices and make informed choices about their bodies,” wrote the lawmakers led by Reps. Jerry Nadler (D-N.Y.), Pramila Jayapal (D-Wash.), Judy Chu (D-Calif.) and Zoe Lofgren (D-Calif.). “We request that your office immediately open an investigation to thoroughly examine allegations raised.”

I co-led 173 members of Congress in demanding that DHS’ Inspector General immediately open a full investigation into horrifying whistleblower allegations of mass hysterectomies being performed on immigrant women by a doctor called, “the uterus collector.”

There can be no delay. pic.twitter.com/gcIqp8zbhq

The letter did not include House Speaker Nancy Pelosi (D-Calif.), though the Democratic leader separately called for the inspector general to investigate the “appalling” allegations at ICDC.

The inspector general’s office did not immediately respond to HuffPost’s request for comment.

Several legal advocacy groups filed a complaint dated Monday on behalf of whistleblower Dawn Wooten, a nurse with a decade of experience who worked full time at the facility until July. The complaint alleges that officials have created unsanitary conditions and allowed for “jarring medical neglect” at the ICDC, which is operated by private prison company LaSalle Corrections. In addition to the alleged excessive hysterectomies, the center is accused of not taking basic precautions to prevent the spread of COVID-19 and repeatedly ignoring detained immigrants’ medical needs.

Wooten said Tuesday she had to publicly speak out after witnessing “inhumane” treatment of immigrants. According to the nurse, detained women are regularly sent to a gynecologist off-site who will sometimes remove all or part of their uteruses.

The complaint also documented other accounts by anonymous immigrant women who reported their concerns about the hysterectomies to Project South, a human rights group that helped file the complaint. One woman called the situation an “experimental concentration camp,” and another reported knowing five women who had hysterectomies within a three-month period.

“Everybody he sees has a hysterectomy ― just about everybody,” Wooten alleged in the complaint. “He’s even taken out the wrong ovary on a young lady [detained immigrant woman].”

Many of the women may not understand that they’re consenting to the procedure due to language barriers, she alleged, adding that several migrants have told her “they’ve been to see the doctor and they don’t know why they went or why they’re going.”

Dawn Wooten, the nurse who blew the whistle on ICE, just went on MSNBC. This is being done in our name. pic.twitter.com/ljacMzUQ0N

On Tuesday evening, Wooten told MSNBC’s Chris Hayes that one detained woman came up to her and asked, “What is he? Is he the uterus collector? Does he collect uteruses?” When Wooten allegedly asked her to clarify, the detainee said, “Everybody that I’ve talked to has had a hysterectomy.”

“You just don’t know what to say,” the nurse told Hayes.

ICE told HuffPost on Tuesday that it does not comment on matters related to the inspector general, but that the agency “takes all allegations seriously.”

The House Homeland Security Committee said it will be looking into the new allegations as part of its ongoing investigation into conditions at ICE detention centers. The House Committee on Oversight and Reform demanded an “emergency investigation” into the allegations on Tuesday.

“Unfortunately, this is not the first time that serious concerns have been raised about this facility,” wrote Chairwoman Carolyn Maloney (D-N.Y.) and Civil Rights Subcommittee Chairman Jamie Raskin (D-Md.) in a letter to the inspector general.

The oversight chairs attached a previous letter they sent to the inspector general in November 2019, urging “a thorough review by your office” of ICDC and other ICE facilities in Georgia based on health and safety issues that staff on the oversight committee observed. The letter on Tuesday requests an immediate briefing on what actions the inspector general has taken in response to the 2019 letter.

“As you know, our Committee staff conducted a site visit at this facility in September 2019, during which they observed alarmingly urgent health and safety issues,” the chairs wrote on Tuesday. “In fact, Committee staff were so disturbed that they raised concerns directly with the ICDC warden during the visit.”

The U.S. has a long history of performing forced medical operations on marginalized groups as a way to fuel white supremacy. Up to 70,000 Americans, most of whom were women, were forcibly sterilized from the early 1900s to the 1970s, a time in which 32 states had eugenic-sterilization laws. The victims were deemed unfit to birth children because of eugenics ― the idea that people who are non-white, poor, mentally ill or disabled must be bred out of future generations.

“This practice continued for incarcerated individuals into recent times, as nearly 150 incarcerated women in California prisons were sterilized between 2006 and 2010. In Georgia alone, 3,284 individuals had been sterilized by the end of 1963, as the state was responsible for the fifth highest number of sterilizations in the country,” the House members’ letter stated. “This shameful history of sterilization in the United States, in particular sterilization of people of color and incarcerated people, must never be repeated. Yet, the similarities to the accounts of immigrant women and nurses in the Irwin County Detention Center today are eerily similar.”