Hurricane Dorian death toll at 44, but officials, residents know it will rise dramatically 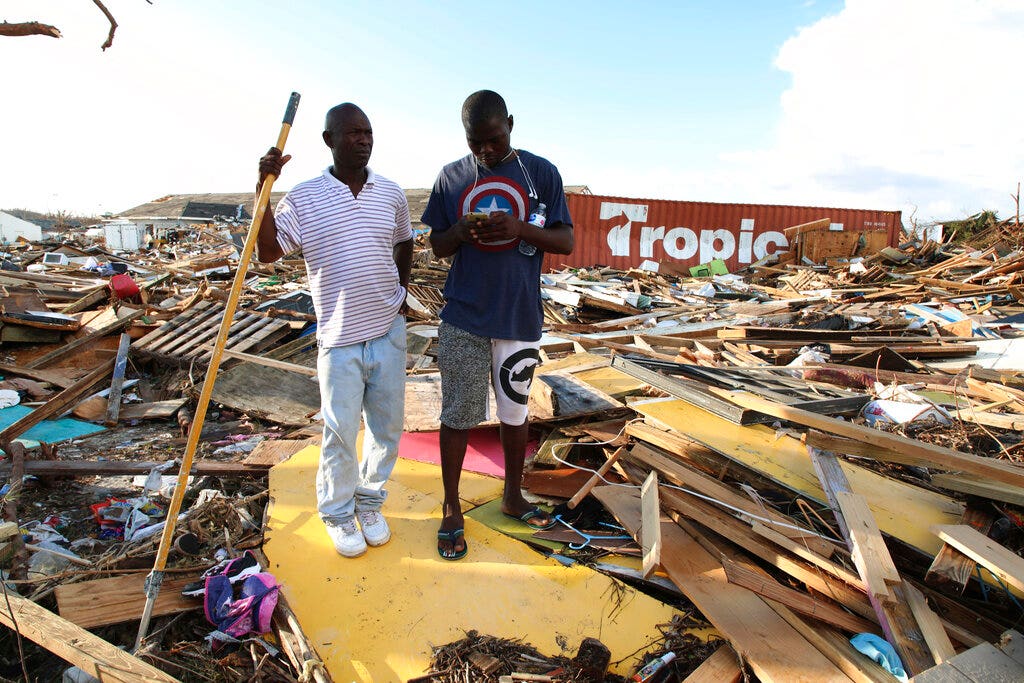 Freeport, Bahamas – The grim toll of Hurricane Dorian on the Bahamas reached 44 on Sunday, according to the Caribbean nation’s government, which expects the number of dead to rise.

Minister of Health Duane Sands told the Miami Herald the official death toll represents confirmed deaths and is tabulated as the bodies arrive at the morgue. The majority of the deaths reportedly came in the Abaco Islands. In the other hard-hit area, Grand Bahama, officials attribute eight deaths to Hurricane Dorian.

Residents say the official death toll is substantially lower than the reality.

Fox News arrived in Grand Bahama early Saturday morning and learned of at least 18 deaths in the eastern part of the island. In one small settlement known as High Rock, residents say 17 are dead.

With tears welling in his eyes and his voice cracking, Cecil Willard Kemp listed every name.

“Seventeen persons out of my town are dead,” Kemp said. “That’s unprecedented.”

In Nassau, evacuees are being flown into a private airport and tended to in large white tents. Inside there is food and water. Volunteers are helping to process those coming in and either place them in a shelter or transport them to family nearby.

Near one tent, there is a sign identifying it as a family waiting area.

Atish Kemp was looking for her family and criticizing the Bahamian government for what she considers an inadequate response and an egregious lack of transparency.

Kemp, who is not related to Cecil Kemp, accused the Bahamian government of not telling the truth about the death toll and said dead bodies, still lying in the hot sun, could threaten the health of Bahamians.

“Who’s going to be responsible for the lost souls?” she asked. “Who is going to explain to us why we have no plan before [Dorian made landfall], and why we still don’t have any plans?”

Atish Kemp told Fox News dozens of her relatives are unaccounted for.

She believes many, including a niece who was in Freeport, Grand Bahama, could be among the dead.

Kemp says her niece “went to have a baby” the Saturday before the hurricane came and she hasn’t heard from her since.

Officials with the Bahamian government have repeatedly denied allegations of a cover-up and pushed back on what they call “rumors on the Internet,” related to both the death toll and allegations of rejected humanitarian aid.

On Sunday, the minister of health said the death toll is not the government’s priority.

“The priority,” Duane Sands said, “is to find those people for their loved ones who are missing them […] to put food in people’s bellies, water in their throat.”