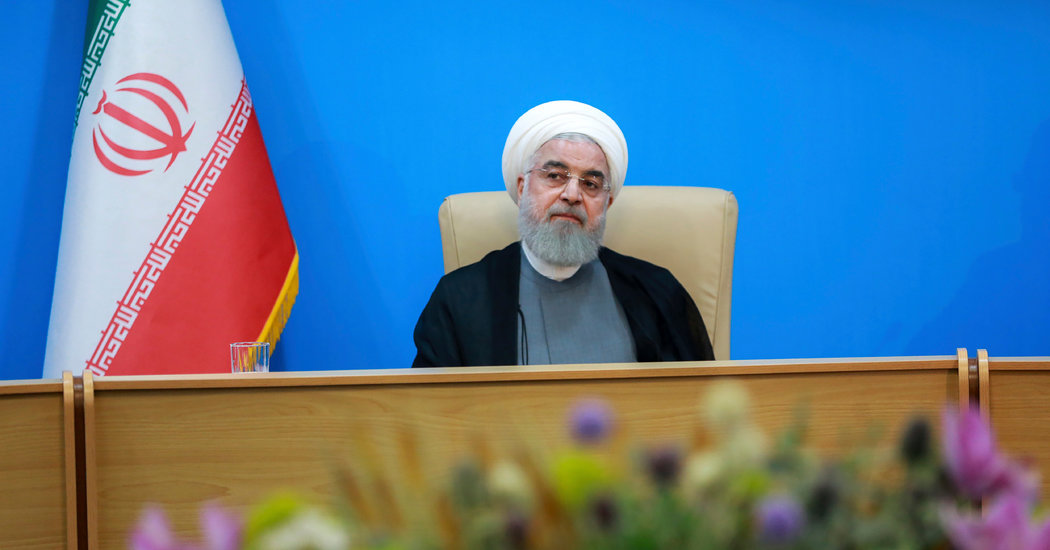 President Hassan Rouhani of Iran on Tuesday called the White House “mentally retarded,” dismissing the Trump administration’s latest round of economic sanctions as pointless and declaring that Iran would not be intimidated.

The remarks, which Mr. Rouhani made in a televised address, made it more clear than ever that Washington and Tehran remain locked in a standoff despite President Trump’s last-minute decision to call off a missile strike against Iran in retaliation for its shooting down of an American surveillance drone.

“Today, the Americans have become desperate and confused,” he added. “This has made them take unusual measures and talk nonsense.”

Mr. Rouhani’s personal attacks on Mr. Trump are especially significant. In the context of the Iranian political system, Mr. Rouhani is regarded as a moderate who is relatively open to negotiations with Washington, and the insults from Mr. Rouhani further diminish the already-remote prospects of talks between the two sides.

The Trump administration is continuing to punish Iran with crippling economic sanctions that American officials say are intended to force Tehran to agree to new limits on any efforts to develop nuclear weapons, on its arsenal of ballistic missiles, and on its support for allied militias around the region.

Iran, in response, has said it will take steps that would bring it closer to building a nuclear weapon after four-year lull. It had suspended that work in exchange for sanctions relief under a 2015 agreement with the United States and other international powers, but Mr. Trump withdrew the United States from the deal last year in order to start his administration’s “maximum pressure” campaign, which is intended to force Iran into a more restrictive pact.

Tensions have risen sharply over the past six weeks, ever since the Trump administration tightened its sanctions enforcement in an effort to cut off all international sales of Iran’s oil, the lifeblood of its economy. Iranian officials have denounced those sanctions as “economic warfare.”

The United States has accused Iran of lashing back by using naval mines to damage six tankers in the waters of the Persian Gulf, allegations Mr. Rouhani has denied.

Iran, however, boasted last week of shooting down an American surveillance drone. The United States has said the drone was in international air space, while Iran maintains that the aircraft was over Iranian territory.

Mr. Rouhani ridiculed the effort, noting that the supreme leader never visits the United States or does business with it.

“Tehran’s strategic patience does not mean that we are afraid,” Mr. Rouhani said, according to the Mehr news agency. “We do not fear America, and have shown restraint so far.”

Trump administration officials have insisted that the United States is prepared to reopen negotiations with Iran as soon as Tehran is willing, and Mr. Trump has often sounded notably more flexible about such talks than the hawkish officials he has appointed to advise him, like Secretary of State Mike Pompeo and John Bolton, the national security adviser.

Mr. Rouhani and other Iranians have said the mixed messages and coercive tactics from the Trump administration belie its professed desire to negotiate. Although such language is new for Mr. Rouhani, Tuesday was not the first time senior Iranian officials have referred to the White House as “mentally retarded.”

Mr. Trump, however, has at times shown a remarkable willingness to move past an exchange of insults. It was only a short time after the North Korean leader called Mr. Trump a “dotard” that the president plunged eagerly into one-on-one talks with that leader, Kim Jong Un.