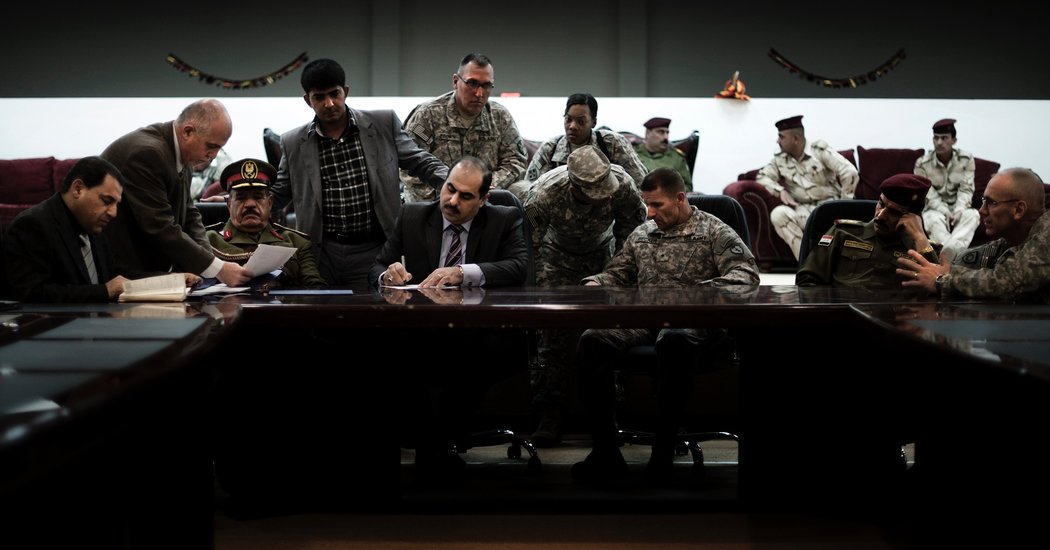 Information from a trove of secret Iranian intelligence cables was published simultaneously by The Intercept and The New York Times on Monday. The leak exposed Iran’s vast influence in Iraq, detailing the painstaking efforts of Iranian spies to co-opt Iraqi leaders and infiltrate every aspect of political life.

The trove consists of roughly 700 pages of reports and cables written mainly in 2014 and 2015 by officers in Iran’s version of the C.I.A. who were based in Iraq. The documents were sent anonymously to The Intercept, which shared them with The Times.

The Intercept and The Times verified the authenticity of the documents but do not know who leaked them. In encrypted messages, the anonymous source said that he or she wanted to “let the world know what Iran is doing in my country Iraq.”

Here are the key takeaways.

The cables are being published at a pivotal moment in Iraq.

The country has been roiled by deadly antigovernment protests in Baghdad and the Shiite-dominated south for nearly two months. Protesters have called for an end to Iranian influence and corruption. At least 300 people have been killed.

At the same time, tensions are high between the United States and Iran. President Trump pulled out of the Iran nuclear deal and reimposed sanctions last year. The White House has blamed Iran for attacks on Saudi oil facilities, reviewed war plans and rushed ships to the Persian Gulf.

The Trump administration also said it had intelligence showing that Iran was preparing attacks on American targets in Iraq. Iraqi officials are increasingly worried that a provocation on either side could set off a war between the powerful countries vying for dominance in their homeland.

The leak reveals how Iran came to dominate the political and military spheres in Iraq.

Many of Iraq’s leading political, military and security officials have had secret “special relationships” with Iran, including Prime Minister Adel Abdul Mahdi and his predecessor, Haider al-Abadi. The Iranians have long been known to influence Iraqi leaders, many of whom became allied with Iran as exiles battling the regime of Saddam Hussein, but the character of their relationships has rarely been revealed in such detail. The revelations could increase pressure on those officials as protests continue.

Many of the files show that as senior American diplomats met behind closed doors with their Iraqi counterparts in Baghdad and Kurdistan, their conversations were routinely reported back to the Iranians. A top political aide to a former speaker of the Iraqi Parliament, for example, was identified as an Iranian intelligence asset.

Iranian officials also cultivated networks of informants who had once worked for the Americans. After the American withdrawal from Iraq in 2011, many of those informants were jobless and fearful that their work as spies would be revealed.

One former C.I.A. asset, known by the nickname “Donnie Brasco,” offered to sell Iran the locations of agency safe houses, details of weapons and surveillance training, and the names of other Iraqis who had spied for the Americans.

The cables provide a sort of final accounting of the American invasion of Iraq.

The notion that the Americans essentially handed control of the country to Iran now enjoys broad support, even within the American military.

The cables show how Iran began amassing power in the chaotic aftermath of the 2003 American invasion. Iran quickly moved its best intelligence agents to Iraq, seeking to counter what it saw as Washington’s aggression.

The invasion, of course, became an occupation. The army was dismantled and officials linked to Mr. Hussein’s regime were stripped of their posts, fueling grievances in Sunni communities. As the country descended into sectarian conflict, Shiite communities looked to Iran as a protector.

The documents also provide a rare glimpse inside the secretive Iranian regime.

The cables show how tensions arose between Iranian intelligence units as Maj. Gen. Qassim Suleimani, the commander of the elite Quds Force of the Iranian Revolutionary Guards, recruited and mobilized Iraqi militias to defend its interests.

At one point, agents from the Ministry of Intelligence and Security, the Iranian version of the C.I.A., feared that Iran’s gains in Iraq were being squandered because Iraqis resented the militias. Above all, they blamed General Suleimani, criticizing him for posting photos on social media publicizing his role in the military campaign against the Islamic State.