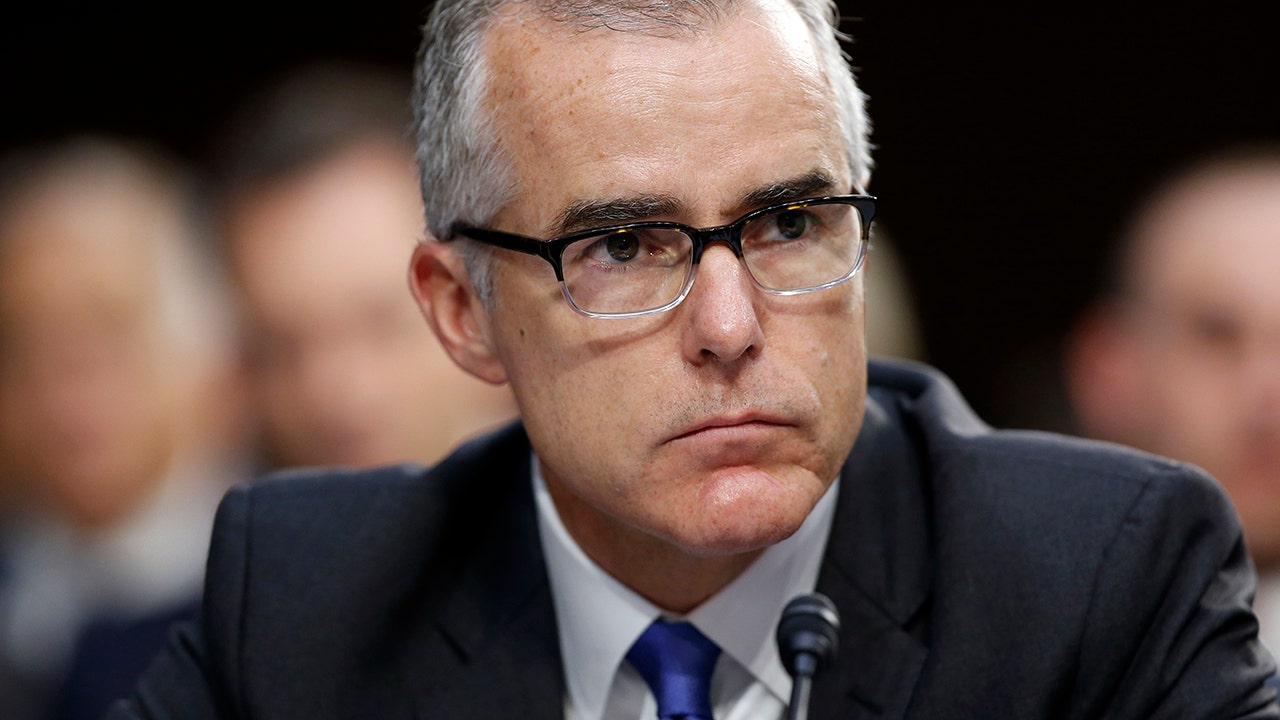 McCabe should instead be concerned with the fact he was subject of a scathing inspector general’s report and could be mentioned in a forthcoming report from another federal prosecutor, Chaffetz, a Fox News contributor, said on “The Ingraham Angle.”

“He’s on the receiving end of one of the most scathing IG reports there’s ever been,” Chaffetz said. There’s at least two more IG reports coming out.”

MCCABE TO TALK TRUMP, RUSSIA AS KEYNOTE SPEAKER AT DEM FUNDRAISER IN PENNSYLVANIA

“We know that Mr. Durham, a U.S. attorney, is looking into these details,” he continued, referencing a Justice Department-sanctioned probe into the origins of the Russia investigation — which is being headlined by Connecticut federal prosecutor John Durham.

Of McCabe, Chaffetz said his credibility has taken a hit over the past several months.

“He accomplished something that almost no other federal employee did — and that is, he got fired. … A career professional recommended his firing because he was lying, he was less than candid when being interviewed by federal investigators,” he said.

In 2018, McCabe was fired just days before he would have been eligible for a lifetime pension after it was determined that he lied to investigators reviewing the bureau’s probe of Hillary Clinton’s email server.

CHAFFETZ ON POSSIBILITY OF CHARGES AGAINST ANDREW MCCABE: DOJ IS ‘HORRIFIC’ AT HOLDING ITSELF ACCOUNTABLE

“Pursuant to Department Order 1202, and based on the report of the Inspector General, the findings of the FBI Office of Professional Responsibility, and the recommendation of the department’s senior career official, I have terminated the employment of Andrew McCabe effective immediately,” then-Attorney General Jeff Sessions said in a statement.

Later this month, McCabe will headline the Democratic fundraiser at a hotel in Lancaster, a city of about 59,000 residents, about 70 miles west of Philadelphia. Lancaster is Pennsylvania’s eighth-largest city.

According to the Lancaster County Democratic Committee’s website, Chairwoman JoAnn Hentz and other members recently held a conference call with McCabe.

Some of the topics the fired bureaucrat said he would discuss at the dinner include, “Russian meddling in the 2016 election,” and his own “one-on-one interactions with Donald Trump.”

“Lest anyone thinks this will be a gloomy take on things, Mr. McCabe says he is sure there are brighter days ahead and will talk about why he feels this way,” the LCDC’s post said.

While McCabe criticized the president — even calling for Trump’s impeachment — the fundraiser appeared to represent his first official attempt to campaign against Trump since leaving the administration.