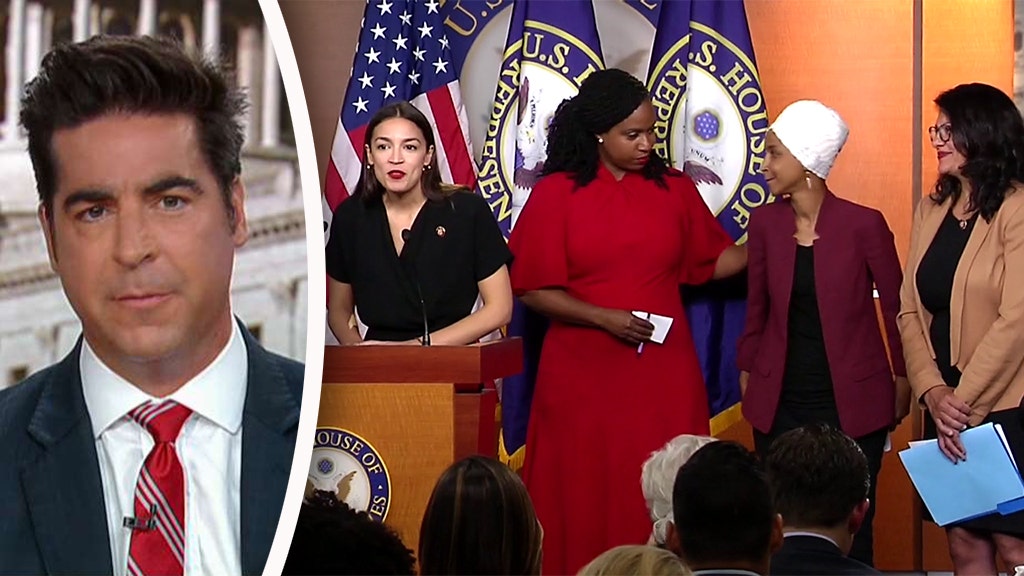 President Trump emerged the victor after four freshmen Democratic lawmakers held a press conference responding to his criticisms of them, according to Jesse Watters.

The members of the so-called progressive “squad” continue to make extreme assertions about the president, which isn’t a good look for House Speaker Nancy Pelosi, Watters claimed Monday on “The Five.”

“Nancy and ‘the squad’ lost — that was a terrible look. It seems like they want to victimize themselves even further. I don’t think that’s the way to go against President Trump.

Watters also dismissed calls from Omar and Tlaib to remove Trump from office.

“They’re continuing to play the victim and continue to pout — and now they want to impeach him for tweeting,” he said.

“I think President Trump got exactly what he wanted,” he said, going on to list several disputed claims made by the congresswomen.

“I wrote down: ‘drinking out of toilets’ — that didn’t happen,” he said.

“Colluding with Russians — I think we found out the answer to that. The most corrupt presidency in history — ‘eh’.”

During the press conference, Pressley repeated referred to Trump as “the occupant of the White House.”

She claimed he is seeking to “marginalize and silence” the women, but quickly turned her focus to various issues, from gun violence to immigration.

Omar, however, curtly dismissed Trump’s rhetoric as “the bile of garbage that comes out of his mouth.”

Tlaib, speaking separately, backed Omar’s call for impeachment, saying Trump’s language was “disgusting and bigoted” and that his administration was “lawless.”

Asked by Fox News’ Chad Pergram about Trump’s criticisms of Omar’s remarks as anti-American, Omar slammed the president’s, “complete hypocrisy,” and said his presidential campaign was founded on all the things “wrong” with the United States.

Omar has previously been criticized by prominent members of both parties for making anti-Semitic remarks. In March, the Democrat-led House overwhelmingly passed a bipartisan resolution that indirectly condemned Omar’s repeated ‘anti-Semitic’ and ‘pernicious’ comments.

Fox News’ Gregg Re contributed to this report.