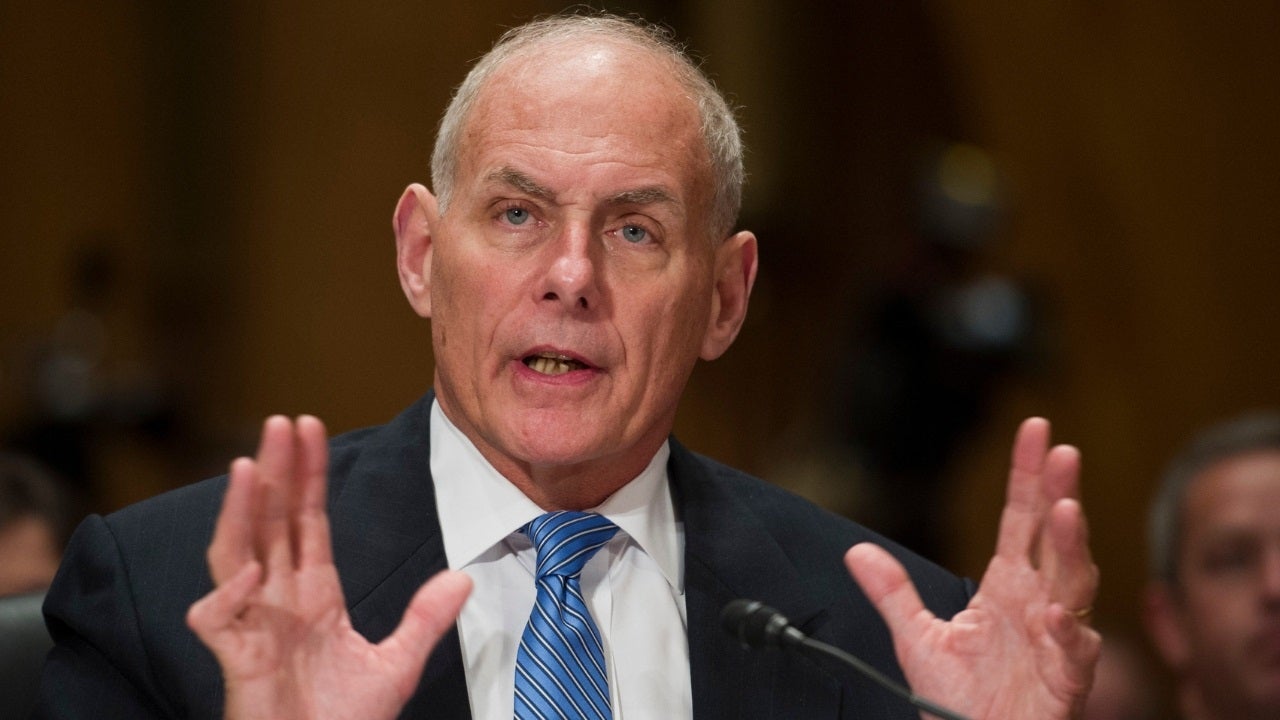 Former White House Chief of Staff John Kelly was slammed by top Democrats Friday after Caliburn International announced he had joined the board of the conglomerate that operates the largest facility for migrant children in the U.S.

Caliburn International’s CEO James Van Dusen said in a news release: “With four decades of military and humanitarian leadership, in-depth understanding of international affairs and knowledge of current economic drivers around the world, General Kelly is a strong strategic addition to our team.”

In December, President Trump announced that Kelly would leave his position at the end of 2018.

Some members of Congress have described “prison-like” conditions in the facility in Homestead, Fla.

Sen. Elizabeth Warren, D-Mass. tweeted: “John Kelly pushed for family separation while in the White House. Now he’ll profit off of separating mamas from their babies.”

Sen. Kamala Harris, D-Calif., another 2020 presidential contender, tweeted: “John Kelly was the architect of the Trump Administration’s cruel child separation policy. Now he will profit off the separation of families. It’s unethical. We are better than this.”

“This is unforgivable,” tweeted U.S. Rep. Debbie Mucarsel-Powell, who represents the district where the facility stands. “It confirms what we knew about the President — that he and the people he surrounds himself with, like John Kelly, are willing to profit off the cruel detaining of immigrant children.”

The facility is undergoing a massive expansion and has added hundreds of beds in the past few weeks. About 2,500 children are detained there now, ages 13-17, after they crossed the U.S.-Mexico border without a parent or guardian. An executive order on ethics issued by President Donald Trump in 2017 doesn’t appear to prevent Kelly and other White House officials from joining boards, but it does ban lobbying activities.