John Stamos broke his silence on his “Fuller House” co-star Lori Loughlin’s exit from the show after being implicated in the ongoing college admissions scandal.

Loughlin and her fashion designer husband, Mossimo Giannulli, pleaded not guilty to money laundering and mail fraud charges after being accused of allegedly bribing their daughters’ way into USC. The star was fired from her Hallmark series “When Calls the Heart” and will not return for the fifth and final season of Netflix’s “Fuller House” either.

Stamos has been tight-lipped about his on-screen wife’s struggles over the past months but finally addressed her firing from the “Full House” spinoff series while discussing its return.

“I haven’t been on the show yet and it hasn’t come up, so I’m going to talk to some people about it this week and see what’s going on,” he told Entertainment Tonight. “I’m just going to wait a little longer before I talk about it. It’s a difficult situation for everyone involved. I don’t mean just on our side.” 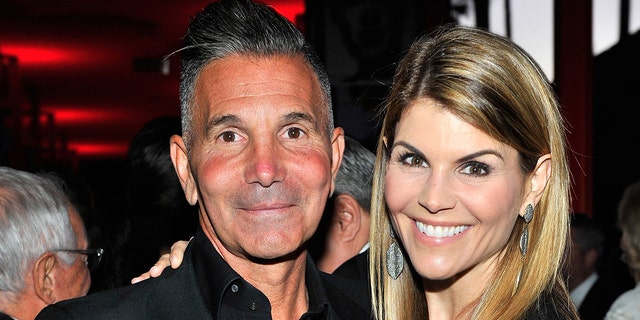 The 55-year-old actor, who plays Uncle Jesse Katsopolis on the show and produces, revealed that Season 5 will be split into two parts. However, Netflix has yet to give a release date for the final episodes.

JOHN STAMOS JOKES THAT WIFE WAS ‘HAMMERED’ BEFORE SHE GAVE BIRTH

Loughlin and husband Mossimo Giannulli are accused of paying $500,000 to admissions scam mastermind William “Rick” Singer to get their daughters Olivia Jade and Isabella recruited onto the USC crew team despite neither girl ever being a rower.

The couple pleaded not guilty and were hit with additional charges of conspiracy and money laundering; if convicted, they each face up to 40 years behind bars.

So far, there’s no word from either the cast nor Netflix about how the show will address the absence of Loughlin’s Aunt Becky.