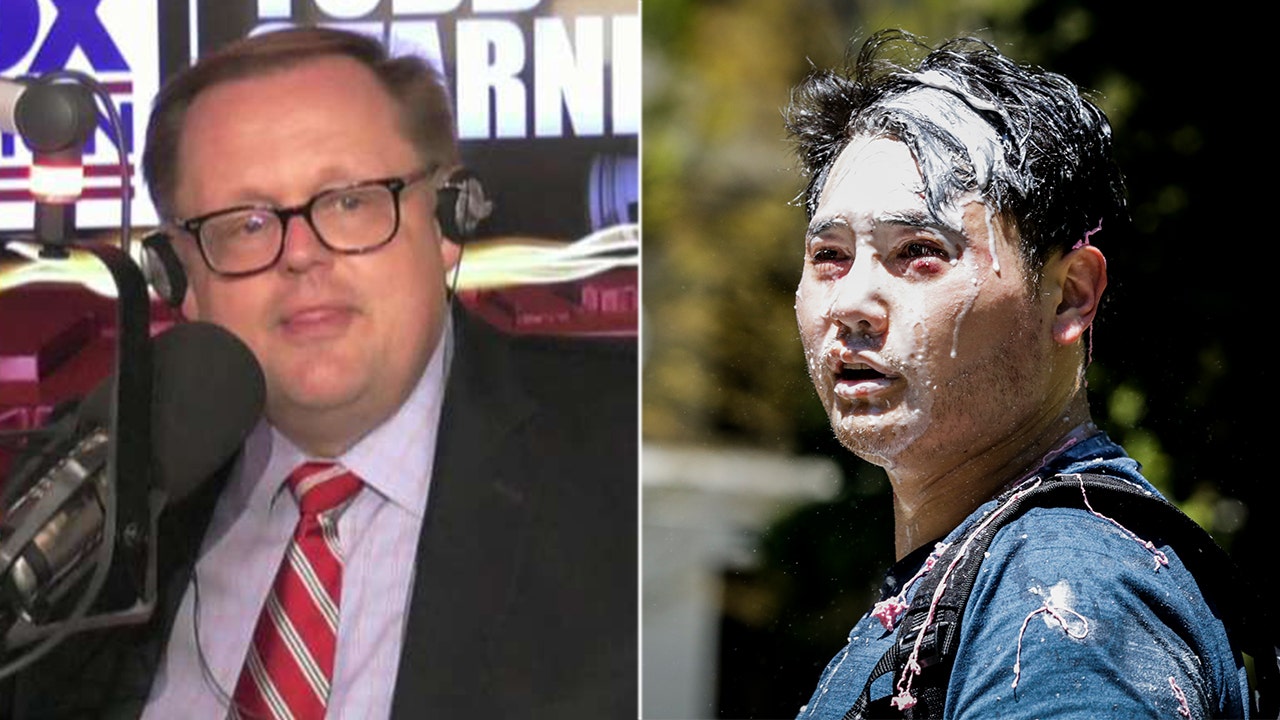 The Oregon clash between Antifa and conservative demonstrators was “complete anarchy and lawlessness,” according to a journalist injured in an attack by alleged members of the group.

Andy Ngo told Todd Starnes Monday on “The Todd Starnes Show” he was covering the Portland demonstration Saturday when the protesters turned their attention to him.

“I moved towards the front of the march with my GoPro and my camera, and what I recall is somebody ran hard into behind me and hit me very hard in the back of my head,” he said.

“They were marching, ironically, in front of the Oregon Justice Center — which houses the sheriff’s office and a Portland police precinct — so we were surrounded by all these institutions that represent the rule of law.

“And yet, what happened was complete anarchy and lawlessness.”

The journalist said Portland police did not immediately come to his aid, adding he later watched video of nearly a dozen people pummeling him in the street and dousing him with unknown substances.

“Before I could realize what was happening and remove myself from the situation, the punches and kicks kept coming from every direction,” he said.

“When it was happening I didn’t know how many people were hitting me. It felt like I couldn’t tell if it was five or ten or 20.

TODD STARNES: PORTLAND’S MAYOR HAS TURNED HIS CITY OVER TO ANTIFA THUGS

“They continued to hit me and they threw what I think were milkshakes and eggs and possibly pepper spray all over me.”

Ngo said just before he was attacked, the demonstrators were chanting a phrase he found ironic.

When the police failed to appear, Ngo said he continued to try to break away from the melee.

PORTLAND MAYOR SHOULD BE INVESTIGATED BY FEDS OVER ANTIFA ATTACK ON CONSERVATIVE WRITER, SEN. CRUZ SAYS

When the journalist finally reached an area near the Multnomah County courthouse, he said he was told to head back toward where he was attacked.

“In order to get help, I had to walk back in the direction of protesters,” he said.

In the aftermath, Portland police released a statement about the protest.

“During today’s events, there were multiple assaults reported, as well as projectiles thrown at demonstrators and officers,” the statement read.

In the wake of the alleged attack on Ngo, one Republican lawmaker has called for an investigation of city officials.

“To federal law enforcement: investigate & bring legal action against a mayor who has, for political reasons, ordered his police officers to let citizens be attacked by domestic terrorists,” Cruz tweeted alongside a story recapping the incident surrounding Ngo.