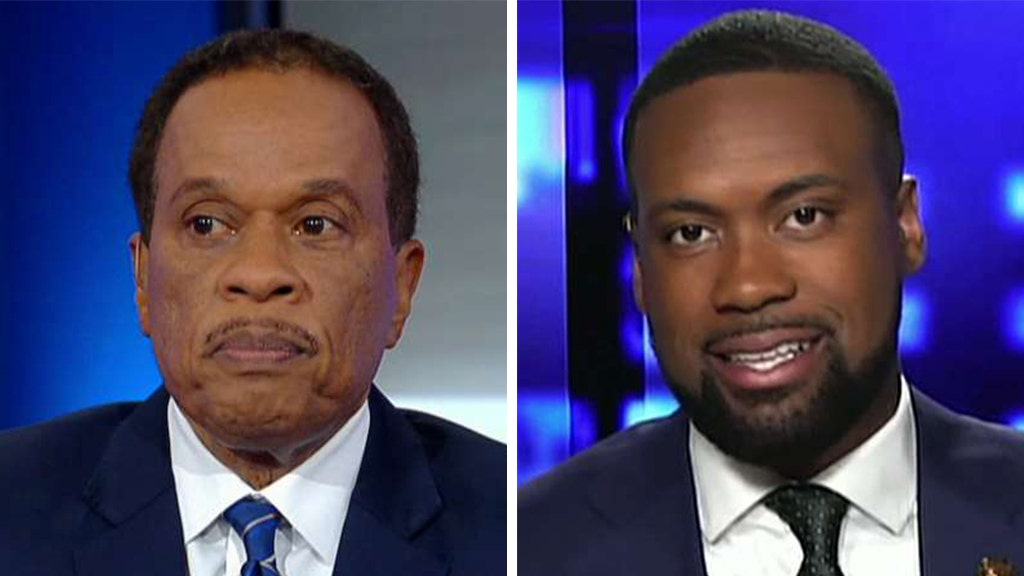 Anti-Trump protestors who targeted Fox News contributor Lawrence Jones with racist remarks during an impeachment rally in Manhattan exposed a level of intolerance on the left, according to Juan Williams.

Williams tackled the topic on “The Five,” after protesters at the rally told Jones to “go back to Kenya” and to go back to Fox News “where there’s more cotton for you to pick,” according to a Fox News producer who was at the scene.

“Lawrence has a legitimate right to speak his truth,” Williams said Tuesday, before saying the incident is proof there is intolerance on both sides of the political aisle.

“Why don’t you want to hear it? To me, that’s intolerance coming from the left.”

Williams continued by describing the behavior as “damning” and questioning why people “go to that extent”.

“That kind of attitude toward Lawrence is not acceptable,” he said. “To me, it is so damning that they feel the need to go to that extent.”

Williams’ comments came after Jones described the incident on “Hannity” on Monday night.

“This is who they are, Sean,” the Campus Reform editor-in-chief claimed. “So often those of us on the right are painted as the racist people, the hateful people,” he said.

LAWRENCE JONES REACTS TO RACIST COMMENTS AT ‘IMPEACH TRUMP’ RALLY: ‘THIS IS WHO THESE PEOPLE ARE’

“I was just asking these people a simple question about if they felt like the president should be impeached or not.”

Despite the shocking taunts, Jones said he was not fazed.

“I’m going to expose it every single day,” he said. “If they think I’ll stand down because they yelled obscene things, to me they have another thing coming.”