The basketball world was buzzing Friday evening with news that the Los Angeles Clippers would be adding star players Kawhi Leonard and Paul George.

The deals would bring the two stars to Los Angeles soon after the Brooklyn Nets added Kevin Durant and Kyrie Irving. They are also the answer to the rival Los Angeles Lakers adding Anthony Davis to a team that includes LeBron James.

Leonard, a free agent after recently leading the Toronto Raptors to the first NBA championship in franchise history, disclosed that he plans to sign a contract with the Clippers, according to ESPN.

George, meanwhile, was said to be the key player being moved in a trade with the Oklahoma City Thunder, which would reportedly receive numerous draft picks in exchange. 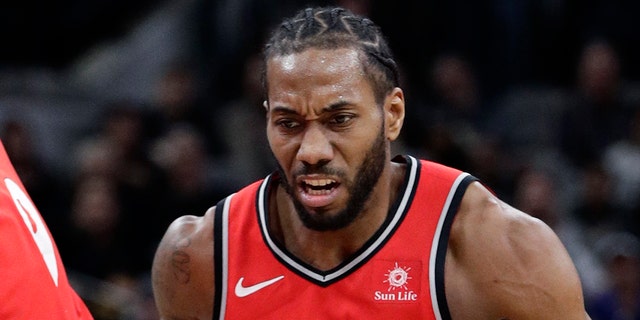 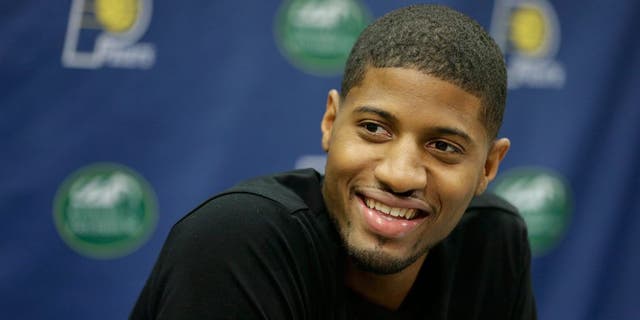 Paul George responds to a question during a news conference, Aug. 15, 2014, in Indianapolis. (Associated Press)

Leonard, 28, is a 6-foot-7 small forward who began his NBA career with the San Antonio Spurs in 2011 after being drafted by the Indiana Pacers.

This year, Leonard provided one of the top highlights of the Raptors’ championship run when he hit a game-winning fade-away jumper at the buzzer to seal Toronto’s Game 7 win over the 76ers in the Eastern Conference Finals.

George, 29, also a small forward, started his NBA career with the Pacers and is a six-time NBA all-star.