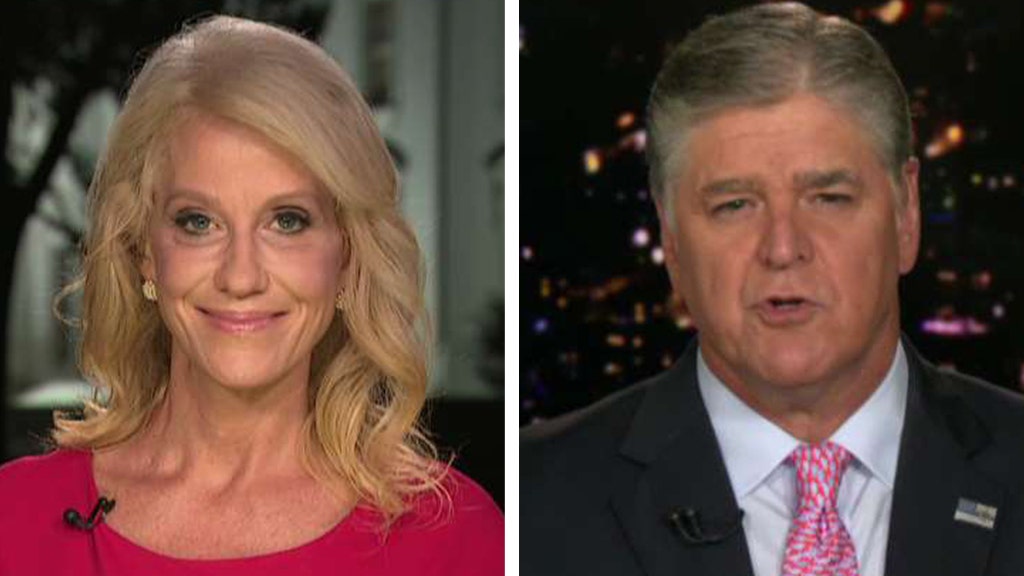 Counselor to the president Kellyanne Conway responded to critics Monday after formally defying a Hatch Act-related subpoena from the House Oversight Committee.

Her opponents are concerned about her effectiveness at her job and hoped to silence her, Conway said Monday on “Hannity.”

“I’m concerned that there’s such a weaponization and politicization of this thing called the Hatch Act,” she said.

The Office of Special Counsel — separate from the office formerly run by Special Counsel Robert Mueller — opened two cases focused on allegations Conway violated the Hatch Act by engaging in “both official and political activity” — during her media appearances and on her Twitter account, @KellyannePolls.

The report stated, “Ms. Conway regularly participated in official media interviews in her capacity as a White House spokesperson to answer reporters’ questions about the Administration. Beginning in February 2019, Ms. Conway, during official media appearances, engaged in a pattern of partisan attacks on several Democratic Party candidates shortly after they announced their candidacy for President,” detailing instances involving Sens. Cory Booker and Elizabeth Warren, and former Rep. Beto O’Rourke.

The OSC stated that in one Feb. 19 interview on “Fox & Friends,” Conway “insinuated that Senator Booker was ‘sexist’ and a ‘tinny’ ‘motivational speaker,’” and claimed Warren, D-Mass., was “’lying’” about her ethnicity.

Conway said that no matter how heavy the pressure is on her to keep a low profile, she will continue to publicly support the president’s policies.

Conway also “attacked” O’Rourke for not “thinking the women running are good enough to be President.”