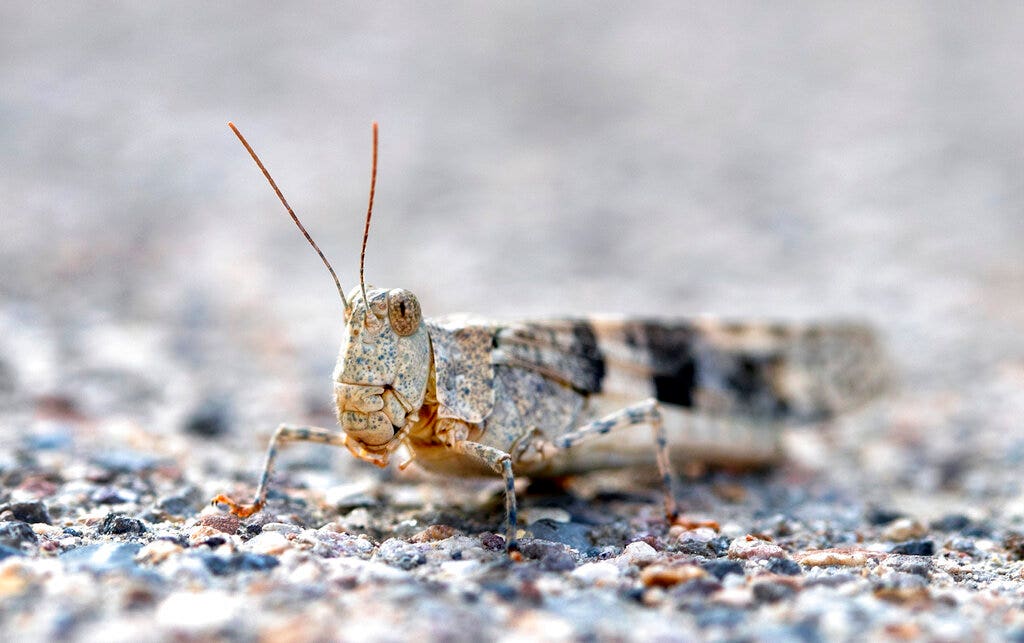 One Nevadarestaurant is making the most of the hordes of grasshoppers that have descended upon Las Vegas — by using them as inspiration for a pizzatopping.

“What started out as a joke amongst our stoner friends has swept the nation,” Evel Pie, located on Fremont Street, announced on Facebook Tuesday. The pizza shop said their new pizza, dubbed “The Canyon Hopper,” is for “only the bravest daredevils.”

The inspiration for the pie likely stems from the insect influx Nevada has seen in recent weeks. Videos showed Las Vegas, in particular, was swarmed with grasshoppers — which pose no danger, as they don’t carry disease and don’t bite, according to scientists.

Jeff Knight, an entomologist with the Nevada Department of Agriculture, told local media last week that wet weather is probably to blame for the migration of adult pallid-winged grasshoppers.

He said the number of grasshoppers moving from north to central Nevada is rare, but noted that, as history shows, “when we have a wet winter or spring, these things build up often down below Laughlin and even into Arizona.”

The grasshopper invasion has been so prominent that the National Weather Service’s Las Vegas office released radar footage last week appearing to show a storm, which actually showed “biological targets” — the grasshoppers that invaded the city.

This year, the Las Vegas area recorded more rain in six months than the annual average of just under 4.2 inches per year.