Salt Lake Tribune columnist Gordon Monson gave an update on Sloan’s health Wednesday, writing that he asked someone outside the family who would know the details about the coach’s health and received an eerie response. 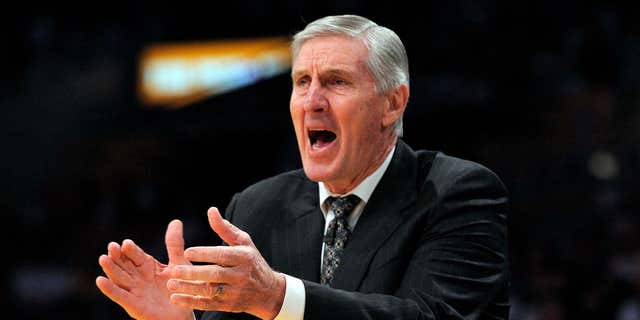 FILE – In this Sunday, May 2, 2010, file photo, Utah Jazz coach Jerry Sloan yells to his team during the first half of Game 1 of a second-round NBA basketball playoff series against the Los Angeles Lakers in Los Angeles. (AP)

“He is dying,” the person said.

According to the report, the effects of the ailments are “worsening.”

“It’s basically a slide into oblivion. He’s frail. He’s physically and mentally limited. Around the clock care is required for him,” Monson wrote. “Although in the more recent past the old coach has been able to attend Jazz games, he will go no more.”

Before Sloan went into coaching, he was a star forward for the Baltimore Bullets and Chicago Bulls from 1965 to 1976. He was a two-time All-Star selection and a six-time All-Defensive Team selection.

As a head coach, he recorded 1,221 wins and won the Western Conference championship in back-to-back years in 1996-97 and 1997-98 with teams led by Karl Malone and John Stockton. Unfortunately, the team ran into the Michael Jordan-led Bulls and lost in the NBA Finals both times.

Sloan was inducted into the Basketball Hall of Fame in 2011.

He revealed to the Salt Lake Tribune in 2016 he was battling dementia and Parkinson’s disease.