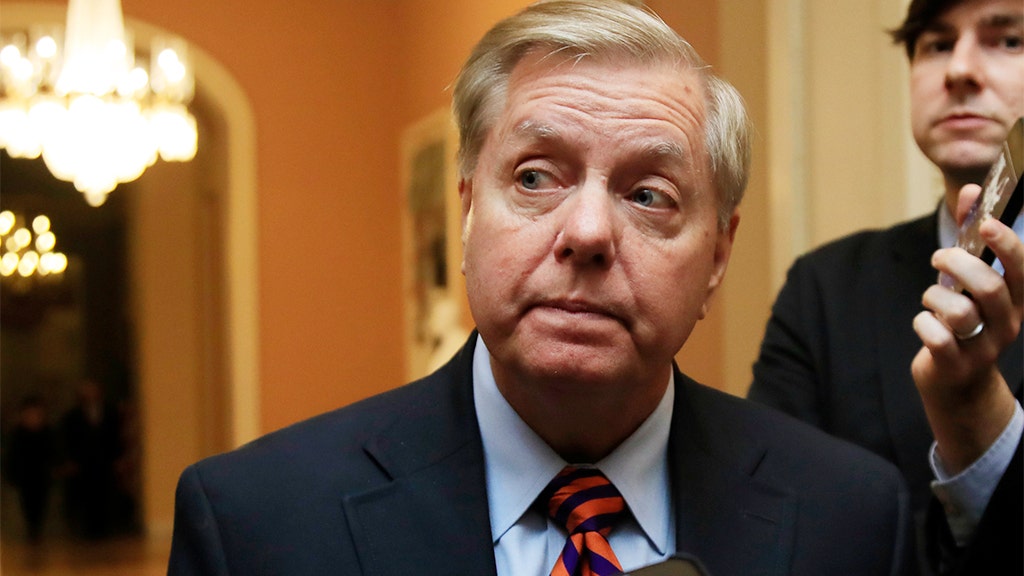 Sen. Lindsey Graham, R-S.C., has called on three other countries to cooperate with U.S. Attorney General William Barr as he investigates the extent of foreign interference in the 2016 presidential election, the Senate Judiciary Committee announced Wednesday.

Graham, who chairs the committee, sent a letter to U.K. Prime Minister Boris Johnson, Italian Prime Minister Giuseppe Conte and Australian Prime Minister Scott Morrison urging their “continued cooperation with Attorney General Barr as the Department of Justice continues to investigate the origins and extent of foreign influence in the 2016 U.S. presidential election.”

Earlier this week Graham criticized a New York Times report that said President Trump “pressed” Morrison for information to try and discredit former Special Counsel Robert Mueller’s probe into Russian interference in the election, which he concluded in March after nearly two years.

“This New York Times article about Barr talking to Australia is the beginning of an effort to shut down Barr’s investigation to find out how this whole thing started,” Graham said on “Hannity” on Monday.

Barr asked Trump to make introductions to foreign countries that might have information relating to Attorney General John Durham’s ongoing investigation into possible misconduct by the intelligence community when the Russia probe began in May 2017, a Justice Department official told Fox News on Monday.

However, a person familiar with the situation told Fox News it would be wrong to say he “pressed” Morrison for information that might have discredited the Russia probe.

BARR ASKED TRUMP TO SPEAK TO OTHER COUNTIES IN DURHAM PROBE, OFFICIAL SAYS; SOURCE PUSHES BACK ON NYT REPORTING

Graham said Wednesday that Barr was within his boundaries in speaking with the prime ministers so that he could do his job properly.

“That the attorney general is holding meetings with your countries to aid in the Justice Department’s investigation of what happened is well within the bounds of his normal activities,” Graham wrote. “He is simply doing his job.”

Plus, the countries “routinely exchange law enforcement information with each other to assist in the course of investigations,” the senator said.

Graham pointed out a “deeply flawed dossier filled with hearsay and written by a biased, former United Kingdom intelligence officer,” as well as both Italian and Australian figures with ties to former Trump campaign adviser George Papadopoulos.

“So here’s what I want American people to know,” Graham said Monday. “It’s OK to cooperate with Mueller to get Trump, but it’s not OK to cooperate with Barr to find out if Trump was the victim of an out-of-control intelligence operation,” adding, “We’re not going to have a country like that.”

Fox News’ Victor Garcia, Jake Gibson and Gregg Re contributed to this report.