Lisa Boothe: How Bernie Sanders can get on a roll after New Hampshire and become ‘unstoppable’

Vermont Sen. Bernie Sanders could get “on a roll” within the next few 2020 races and become “unstoppable,” Fox News contributor Lisa Boothe said Tuesday.

Appearing on “America’s Newsroom” with hosts Sandra Smith and Ed Henry, and fellow Fox News contributor Jessica Tarlov, Boothe said that Sanders’ longstanding campaign in states like Nevada sets him ahead of other 2020 Democratic contenders.

“You look at states like California which are enormously expensive to play and you’re talking about over a dozen media markets or something like that,” Boothe remarked. “It’s an incredibly expensive state.”

“Bernie Sanders has already invested a lot in California. So has [former New York City Mayor Mike] Bloomberg. So, you look ahead at some of these contests and it is too late to kind of build that organizational structure that you need to win in both these early states and then the Super Tuesday states” she added.

Boothe told Tarlov and the “Newsroom” hosts that Sanders would likely win the New Hampshire primary race Tuesday evening and “might win Nevada,” giving him some “serious wind at [his] back.”

“He could potentially win California,” Boothe continued, “which is a hugely delegate-rich state.”

“I mean, Bernie Sanders could catch on a roll and catch steam that might be unstoppable,” Boothe predicted. 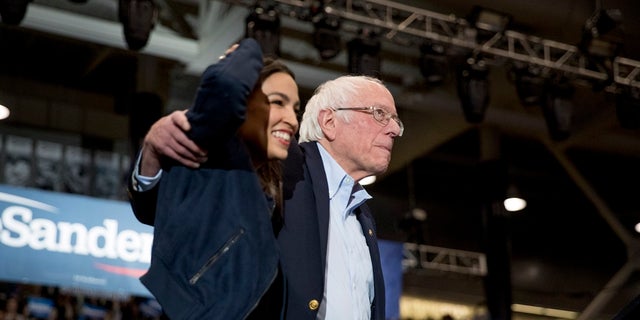 The independent closed out his bid in the first primary state with a massive rally and concert that drew over 7,500 to the University of New Hampshire at Durham — it was by far the largest crowd for any Democratic presidential candidate in New Hampshire this cycle.

The first-in-the-nation presidential primary follows last week’s Iowa Caucuses, which were plagued by technical issues that left both Sanders and former South Bend, Ind., mayor Pete Buttigieg claiming victory. Although polls are set to open late Tuesday for most of the granite state, voters in Dixville Notch came out at midnight.

The small community – located near the Canadian border – needed five registered voters to open its polls and saw three write-in votes for Bloomberg. Sanders and Buttigieg both had one vote, WMUR.com reported.

Additionally, Hart’s Location, another small town in the White Mountains, has had early voting since 1948. Voters there came out for Sen. Amy Klobuchar, who received six votes. The Minnesota hopeful inched out Massachusetts Sen. Elizabeth Warren, who received four votes. Andrew Yang and Sanders both received three votes. President Trump, who is running on the Republican side, had 15 votes, the WMUR website reported.