A Long Island teen was fatally stabbed at a strip mall near his high school as dozens of other students pulled out their cellphones to record the melee rather than to help him, police said.

Khaseen Morris, a 16-year-old senior at Oceanside High School, was stabbed once in the chest Monday afternoon during an apparent dispute over a girl. He later died at a hospital after many of the 50 to 70 teens who gathered nearby recorded the bloody attack and made no attempt to stop it, Nassau County police said at a news conference Tuesday.

“Kids stood there and didn’t help Khaseen,” Detective Lt. Stephen Fitzpatrick told reporters, according to Newsday. “They’d rather video. They videoed his death instead of helping him.” 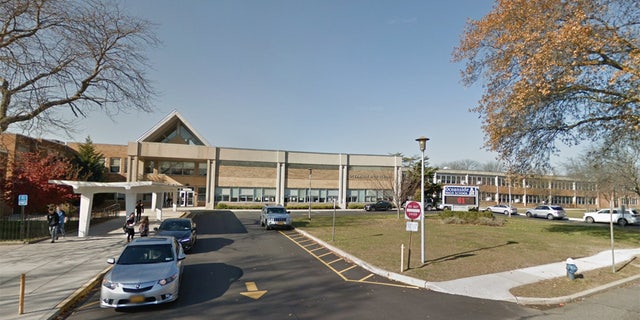 Police are now looking for six to seven teens thought to have been involved in the attack after interviewing witnesses and reviewing footage posted on social media, including on Snapchat, as well as surveillance video from the nearby strip mall, Fitzpatrick said.

Morris, who was not armed during the stabbing, knew that the ex-boyfriend of a girl he walked home from a party on Sunday had been trying to find him to confront the teen, according to police.

Fitzpatrick called on those at the scene of the fatal attack to share what they know with detectives.