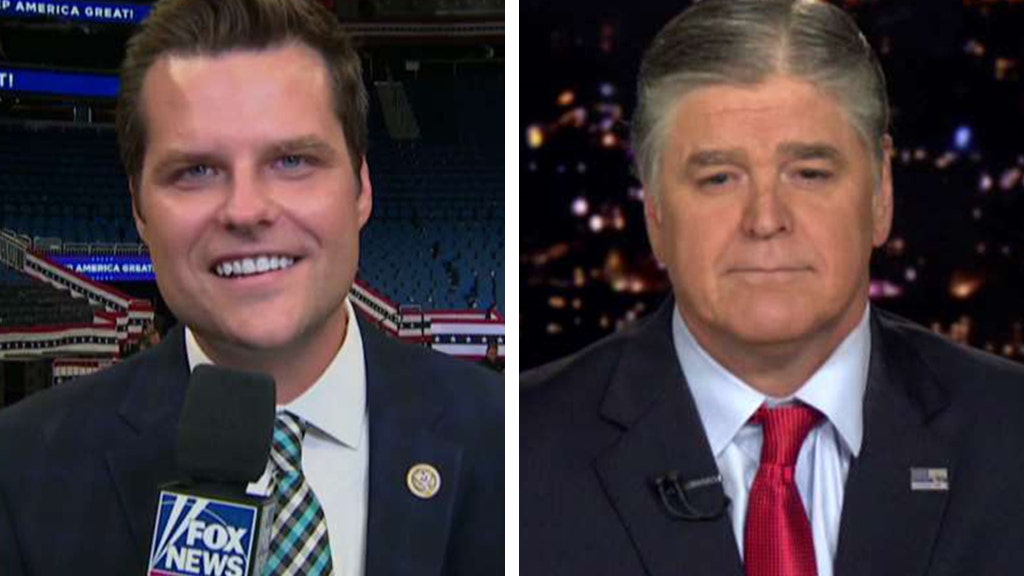 President Trump’s campaign is an inclusive venture that seeks to unite Americans in favor of economic prosperity, according to Rep. Matt Gaetz, R-Fla.

Gaetz’ home state was “electric” Wednesday night during the president’s raucous rally in Orlando, the congressman from Pensacola said on Fox News’ “Hannity” after the event.

“What’s different about Donald Trump – and so special – is that it’s an inclusive movement that invites people in if they want better jobs, better opportunity, and if they want America respected again,” Gaetz said.

“There’s an electricity here in Florida that we think is going to pulse all around America with an enthusiasm for the Trump campaign,” he added.

The House Judiciary Committee member said people at the rally, which he too attended, were invited to be part of the campaign.

“What was so special today is that people really felt part of this movement,” he said. “It was great to see the president reinforce those themes.”

Gaetz added Trump will “excite the vibrance of this great country through his reelection campaign.”

During the rally, which served as an official kickoff event for Trump’s 2020 re-election effort, the president told the Amway Center crowd he was christening a new campaign slogan to replace “Make America Great Again.”

“We’ve made America great again, but how do you give up the number one — call it theme, logo, statement, in the history of politics — for a new one?” the president asked the crowd.