Meghan Markle attended the women’s singles final of the U.S. Open between Serena Williams and Canadian Bianca Andreescu on Saturday.

Markle donned a denim dress with a gray coat draped over her shoulders. 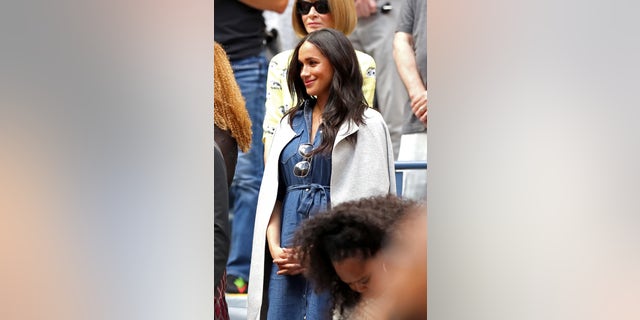 She landed in NYC after taking a commercial flight from London on Friday to cheer on her friend as Williams attempts to win her 24th Grand Slam singles title.

Markle has reportedly left her 4-month-old baby, Archie Harrison, and husband, Prince Harry, back in the U.K. for the two-day trip but is traveling with security, according to The Times newspaper in London.

“It is a last-minute trip,” a source said. “Excited to support her friend, and then come back.”

Of course, this isn’t Markle’s first time attending a final of Williams. She has previously watched the tennis star in the 2018 and 2019 Wimbledon ladies’ singles final in London. 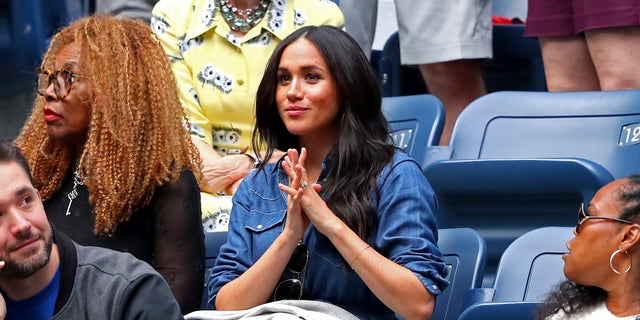 The two have been close friends since meeting at the 2010 Super Bowl in Miami.

This is also Markle’s first time back (that we know of) in New York City since her star-studded baby shower in February. Williams and Amal Clooney co-hosted the shower, which took place on the Upper East Side and included guests such as Gayle King and Abigail Spencer.

It’s also a quick solo getaway before she, Prince Harry, and Archie are set to embark on a royal family trip to Africa between Sept. 23 and Oct. 2.