Michael Waltrip’s ‘Blink of an Eye’ is the untold story of day Dale Earnhardt Sr. died

When NASCAR driver Michael Waltrip woke up on the morning of February 18, 2001 – the morning of the Daytona 500 at Daytona International Speedway in Florida – he felt different. 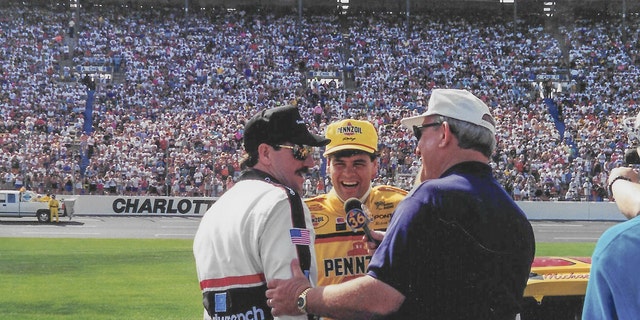 “Some mornings I wake up and I can’t remember where I put my keys, but I remember every detail of that day vividly. I told my wife that they were not beating me that day, even though I had never won a NASCAR Cup race. Nobody had ever lost 462 races and then just won,” Waltrip told Fox News. “But Dale Earnhardt Sr. had told me I had the ability, and that day, I knew I would.”

At that point in his tumultuous career, Waltrip had completed some 462 Cup races – and failed to cross the line first in each and every one of them – branding him with the gong of NASCAR’s longest-ever losing streak. But under the Florida sun on the legendary racetrack, Earnhardt blocked the field of 40 cars to allow Waltrip a much-coveted victory.

“With 30 laps to go, I took the lead for the first time. Behind me was his son Dale Earnhardt Jr., and behind him was Dale Sr., the three of us working together,” Waltrip recalled. “And then crossing the line and taking that checkered flag – the emotion I felt was relief.”

It was a unique friendship amid the vicious arena of professional racecar driving. The celebration would be short-lived. Earnhardt Sr. crashed on the last lap. 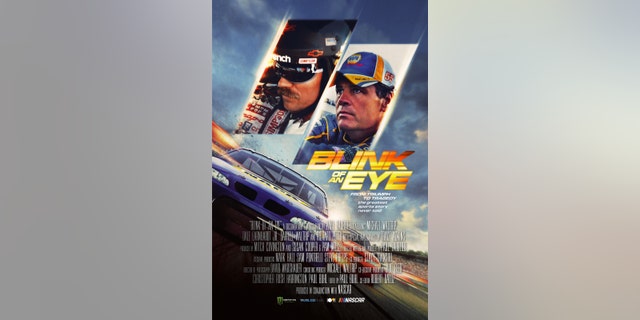 New documentary to be released this month

“I’m a Christian and I believe in angels and God. I believe those angels took me straight to Victory Lane and I didn’t stop at the crash. I was waiting for Dale to walk through the gate but he didn’t. I knew something was wrong,” Waltrip said. “No one had answers. Half an hour later, my publicist delivered me the ultimate news.”

Waltrip’s story and his bond as the chronic underdog with the feared and famed Earnhardt — known in the sport as “The Intimidator” — is the subject of a new documentary, “Blink of an Eye,” directed by Paul Taublieb. 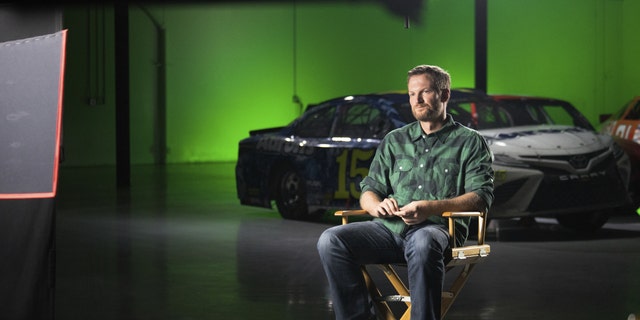 Dale Earnhardt Jr. in an interview for the new documentary

“I didn’t want this to be just a race car movie, it’s a movie about what happens when somebody really believes in you,” he said. “It’s an untold story, a marvelous story. Dale Earnhardt Sr. was the Michael Jordan or the Brad Pitt of the racecar world. When you deal with a real person and their family, there is a sense of responsibility.”

‘LAND OF THE LOST’ STAR KATHY COLEMAN RECALLS GETTING INTO TROUBLE ON SET, REVEALS WHY HIT SHOW CAME TO AN END

And while Earnhardt was a deeply private person, Taublieb hopes audiences see the many layers beneath his exterior as a ruthless competitor staring down the finish line.

“Dale had a heart of gold and truly cared about other people,” he surmised. “And Michael taught me as a filmmaker to own your emotions, be raw and share who you are. Some might think he was a loser, but he definitely was not.”

And for Waltrip, telling his story is a catharsis bound by faith and belief in overcoming adversity.

“For a few months after that Daytona, I was just going through the motions,” he added. “Then I came out of it, and I went back to Daytona to win.”

“Blink of an Eye” opens in New York and Los Angeles September 6th, and for one day only in select cinemas nationwide on September 12th in partnership with Fathom Events