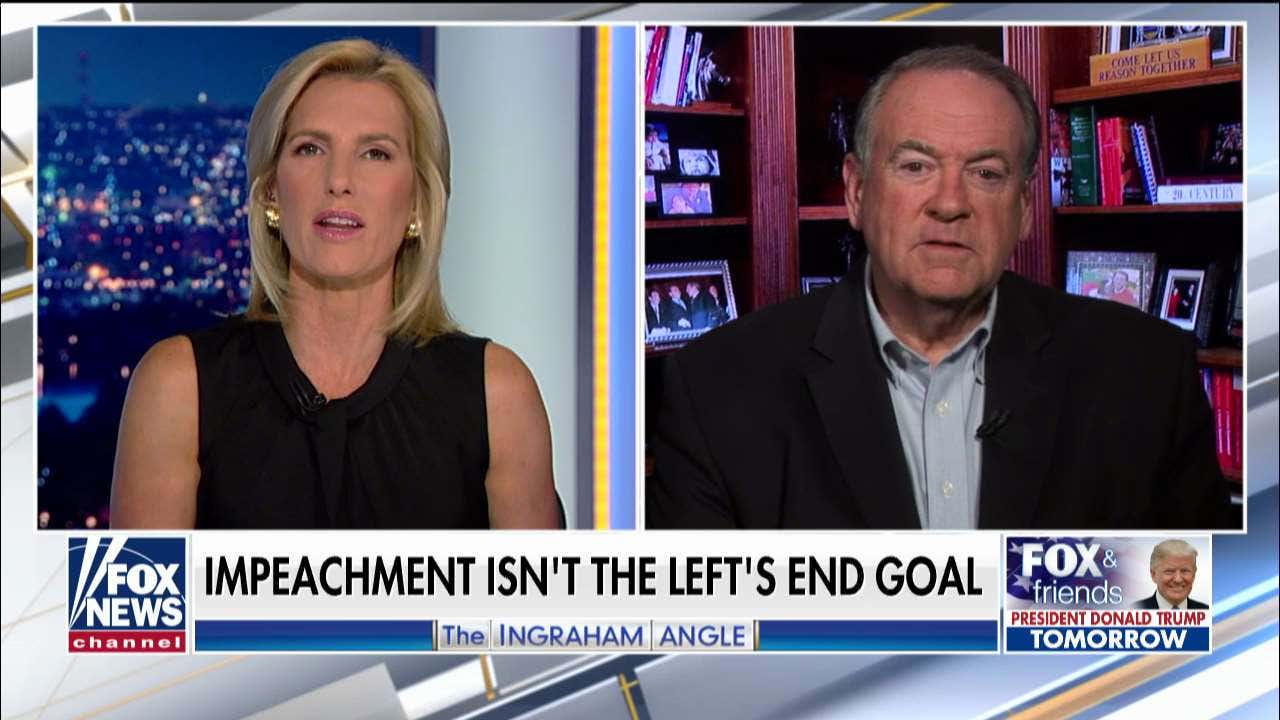 The Republican described Maddow as being overtly opinionated and said she showed a clear anti-Trump bias in some of her questioning.

“Rachel Maddow, first of all, is about as objective as I am,” Huckabee said during an appearance on Fox News’ “The Ingraham Angle.”

During the debate, Maddow asked Sen. Bernie Sanders, I-Vt., how central President Trump’s alleged “conduct uncovered by this impeachment inquiry” should be to the Democratic presidential contenders’ campaigns.

She also asked Sen. Elizabeth Warren, D-Mass., if she would try to convince Senate Republicans to convict Trump, if he is impeached by the House, and remove him from office, a sentiment Maddow said Warren has previously espoused.

He added that if the federal government under a Democratic president decides Trump should be prosecuted, they will have to wait five years to do so.

“By then, a lot of them are going to be so utterly discredited nobody will pay attention,” he claimed.

Host Laura Ingraham added that Democratic candidate Andrew Yang, a New York businessman, claimed the impeachment narrative is not working to advance the Democratic platform in regard to the presidential race.