Mike Pompeo: Saudi Oil Attack Is An ‘Act Of War’ By Iran 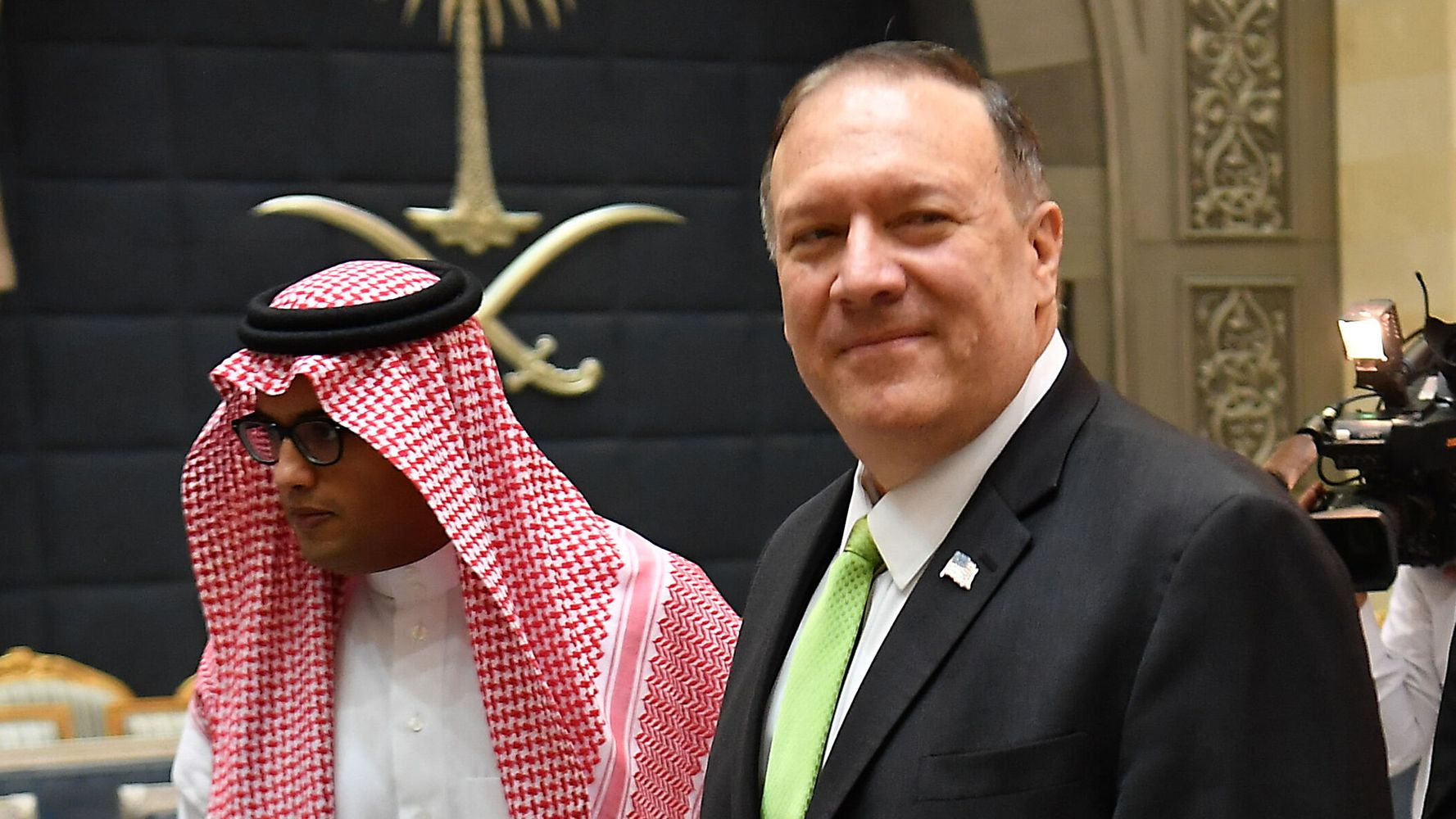 “This was an Iranian attack,” Pompeo told reporters on Wednesday while traveling to Jeddah, Saudi Arabia, to talk to Crown Prince Mohammed bin Salman, according to Reuters and CNN.

“The Saudis were the nation that were attacked. It was on their soil. It was an act of war against them directly,” he said.

Pompeo denied that Yemen’s Houthi rebels were responsible for the attack, as they had claimed over the weekend. Iran has been supporting the Houthi insurgency.

U.S. intelligence officials previously said that Iran was likely involved in the Saudi strikes, according to Republicans and Democrats on the Senate Intelligence Committee.

Pompeo said the Houthis appear to lack the type of equipment that was used to carry out the attacks, which targeted the largest oil processing facility in the world. He also told reporters that flight patterns suggest the drones didn’t come from the south ― i.e., they didn’t come across the border from Yemen.

“The equipment used is unknown to be in the Houthi arsenal,” Pompeo said. “These line attack cruise missiles we have never seen there and we think we’ve seen most everything. So the intelligence community has high confidence that these were not weapons that would have been in the possession of the Houthis. That’s probably the most important piece of information.”

President Donald Trump has warned that the U.S. is “locked and loaded,” ready to retaliate against whoever sent the missiles.

Saudi Arabia oil supply was attacked. There is reason to believe that we know the culprit, are locked and loaded depending on verification, but are waiting to hear from the Kingdom as to who they believe was the cause of this attack, and under what terms we would proceed!

Saudi officials have also expressed confidence that the attacks on their oil facilities were carried out by Iran. At a press conference on Wednesday, Saudi defense ministry spokesman Turki al-Maiki said that the “attack was launched from the north and unquestionably sponsored by Iran.”

As proof, al-Maiki presented twisted and burnt metal fragments that he said were parts of Iranian drones and cruise missiles recovered from the site of the attack, the Guardian reported.

Pompeo told reporters on Wednesday that he would be meeting with the Saudi crown prince to gather together European and Arab partners to prevent future attacks from Iran.

“We are working to build a coalition to develop a plan to deter them. This is what needs to happen. This is an attack on a scale that we’ve just not seen before,” he said.

Iran’s foreign minister, Javad Zarif, denied that his country was involved in the attacks and said that Pompeo had failed at applying “max pressure” and was now turning to “max deceit” in a tweet over the weekend.