A man drowned Saturday evening after his 3-year-old child reportedly fell from a bridge into the water in Detroit Lakes, Minnesota.

According to the Becker County Sheriff’s Office, at about 8:22 p.m., officials received a report of a possible drowning at Long Bridge at Dead Shot Bay. When they arrived, they were told a 3-year-old child fell from the bridge into the water.

The child’s father then jumped into the water to help. Authorities say the father began to struggle while keeping the child above water. Bystanders went into the water and brought the child to shore, but the man never resurfaced. 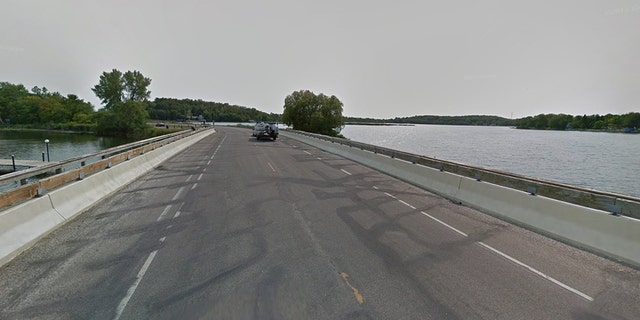 The man died after trying to save the child at Dead Shot Bay in Detroit Lakes, Minnesota, investigators said. (Google Street View)

Officials searched for the man and eventually located him at 9:07 p.m.

He was rushed to the hospital where he was later pronounced dead.