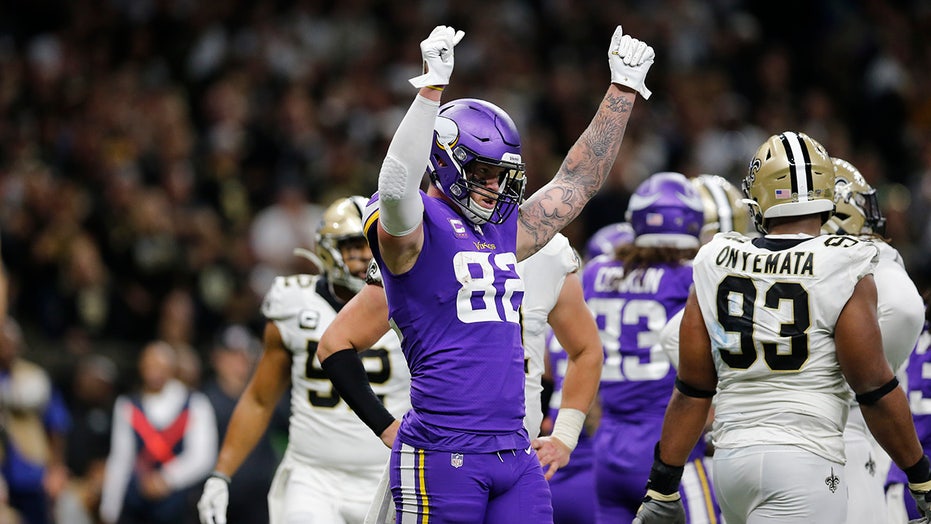 The Minnesota Vikings defeated the New Orleans Saints 26-20 in overtime to advance to the next round of the NFC Playoffs.

The Vikings were set up at the Saints’ 2-yard line after a 43-yard pass from Kirk Cousins to Adam Thielen.

Cousins then threw a touchdown pass to Kyle Rudolph for the win.

Minnesota advanced to the divisional round of the playoffs for the first time since the 2017 season. That season, the Vikings lost in the conference title game to the Philadelphia Eagles.

Cousins finished the game 19-for-31 with 242 passing yards and the game-winning touchdown passes to Rudolph. Running back Dalvin Cook had 28 carries for 94 yards and two touchdowns.

Minnesota had a 10-point lead heading into the fourth quarter but the Saints battled back with a Taysom Hill touchdown catch from Drew Brees with 10:31 remaining in the fourth. 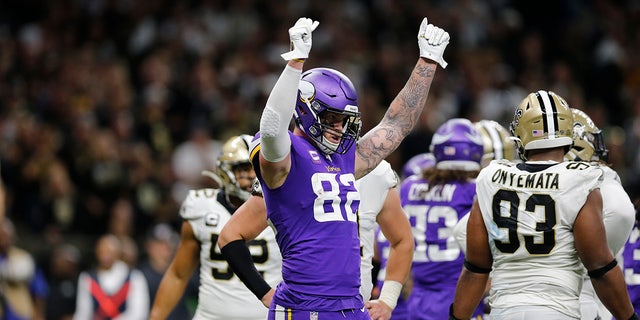 Minnesota Vikings tight end Kyle Rudolph (82) celebrating a touchdown by Dalvin Cook in the second half of the NFL wild-card playoff game against the New Orleans Saints on Sunday. (AP Photo/Brett Duke)

Brees finished the game 26-for-33 with 208 passing yards, a touchdown pass, an interception and a key lost fumble late in the game.

The Vikings will travel to play the San Francisco 49ers next week.

The Saints fell short of the Super Bowl for the third consecutive season.