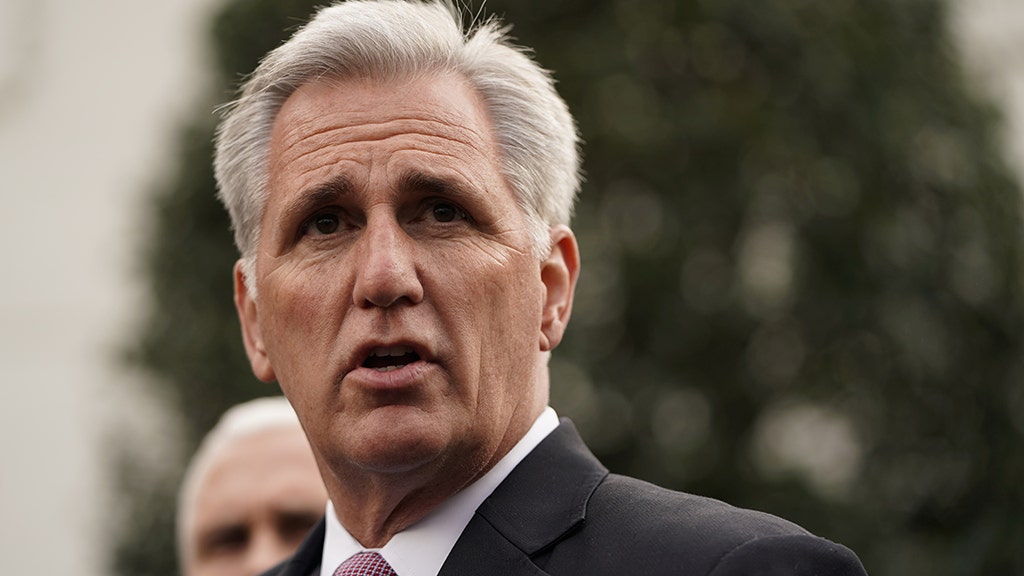 House Minority Leader Kevin McCarthy said Tuesday that he is beginning to doubt whether Judiciary Committee Chairman Jerrold Nadler is qualified to hold his position.

“If you look at what Nadler’s actions have been, you question even his ability to be a chairman,” said McCarthy, R-Calif.

McCarthy said that at the beginning of each Congress, committees adopt rules to be followed for the next two years.

He said that Nadler, D-N.Y., tried to “change the rules” midsession with his recent intention to let committee members use staff lawyers to question Attorney General William Barr.

Barr boycotted the Thursday hearing, which led Nadler to rip President Trump, and Rep. Steve Cohen, D-Tenn., to present a bucket of KFC to illustrate his characterization of Barr as “chicken.”

“He’s also failing in the most basic motions of being a chairman,” McCarthy added of Nadler.

McCarthy said the Manhattan lawmaker is effectively asking Barr to “break the law” by demanding he hand over documents relating to the Mueller Russia probe that are under the executive branch’s purview.

IMPRISONING BILL BARR IS THE LEFT’S NEW RALLYING CRY: ‘HAVE HIM LOCKED UP’

On Monday, after Barr missed a committee-imposed deadline to turn over the full, unredacted report by Special Counsel Robert Mueller, Nadler scheduled a Wednesday vote on whether to hold the attorney general in contempt of Congress.

“Even in redacted form, the special counsel’s report offers disturbing evidence and analysis that Trump engaged in obstruction of justice at the highest levels. Congress must see the full report and underlying evidence to determine how to best move forward with oversight, legislation and other constitutional responsibilities,” Nadler said in a statement.

“The attorney general’s failure to comply with our subpoena, after extensive accommodation efforts, leaves us no choice but to initiate contempt proceedings in order to enforce the subpoena and access the full, unredacted report. If the department presents us with a good-faith offer for access to the full report and the underlying evidence, I reserve the right to postpone these proceedings,” he added.