Hundreds of people showed up at a Michigan funeral Wednesday to mourn a Vietnam War veteran who passed away with no surviving family members.

Friends of Wayne Lee Wilson anticipated that only a few people would pay their respects, but the Brown Funeral Home in Niles changed that by posting Wilson’s obituary on Facebook and inviting the public to pay their respects.

“Dignitaries have funerals like this,” Wilson’s close friend Charlotte Andrews told the Detroit Free Press. “Who would have thought that a simple man with simple ideas and a simple way of life would have been able to have such an enormous amount of people to be able to send him off?” 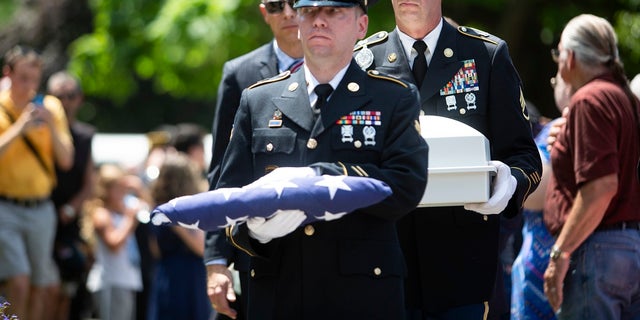 U.S. Army members carry a folded flag along with the remains of Vietnam War veteran Wayne Wilson during the memorial service in Niles Wednesday. (Emil Lippe/Kalamazoo Gazette via AP)

Wilson died May 28 with no close family members, so his friends arranged for him to be buried with military honors. Wilson served in the Army from 1971 to 1977 and was wounded during his military service.

“We found out that this particular veteran does not have any family; and as color guard, we honor every veteran,” said Petra Bernard of the Osceola American Legion Post 308. “Every veteran deserves to have their military rights, so we made sure that we came out here to pay our respects to this soldier.”

Wilson often wore his service medals, flew a flag on his motorized scooter and would place flags at the graves of deceased veterans in Silverbrook Cemetery, where he was ultimately laid to rest, according to to the Free Press. People around Niles often called him “Sarge.” 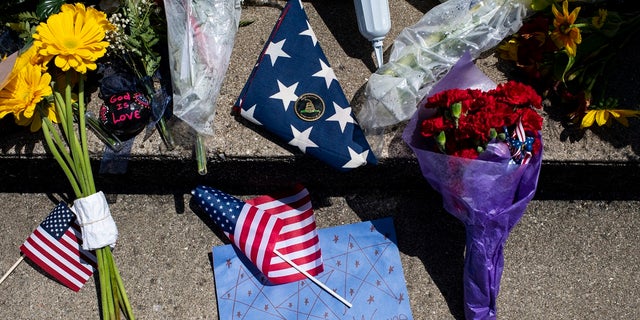 Flags, flowers and letters alike lie near the remains of Wayne Wilson at the conclusion of the memorial service at the Silverbrook Cemetery in Niles, Mich., Wednesday, July 17, 2019. (Emil Lippe/Kalamazoo Gazette via AP)

Mourners came from several states away to honor him.

“It said on Facebook he didn’t have any family. He does have family,” Ohio resident Kenneth Creech told WNDU-TV. “Everybody that stepped foot in Vietnam is a brother.”

In brief remarks, Niles Mayor Nick Shelton thanked Wilson and others like him.

“General George S. Patton Jr. said it best: ‘It is foolish and wrong to mourn the men who died. Rather, we should thank God that such men lived,'” Shelton said. “Thank God for Wayne Wilson and thank you all for being a part of his legacy.”