A North Carolina university student who studied mass shootings planned to shoot himself and his roommate if he didn’t get accepted to a fraternity, prosecutors said Wednesday.

Paul Steber, 19, of Boston, Mass. was arrested Tuesday and charged with two felony counts of having weapons on campus and a charge of making threats of mass violence, High Point police said in a statement. The 19-year-old is a freshman at High Point University.

Steber was found with a double-barrel 12-gauge shotgun and a 9mm semi-automatic pistol. It wasn’t clear what type of ammunition was retrieved. 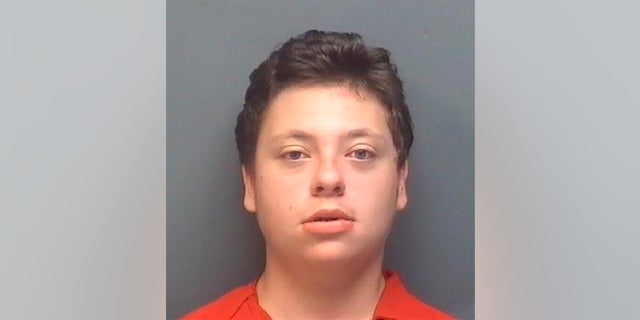 Paul Steber, 19, has been charged with having a gun on campus and making threats of mass violence.  (High Point Police Department via AP)

Students reported the weapons to school security, which confiscated the firearms and alerted law enforcement.

“This incident illustrates the importance of the public reporting suspicious activity to authorities,” the police statement said. “Information from the public is often the critical first step in preventing acts of mass violence.”

In addition to having the weapons, Steber watched videos on how to carry out a mass shooting, Assistant District Attorney Lori Wickline said in court.

“He told officers that he definitely had a plan, something that he had been thinking about since Christmas of last year,” she said. 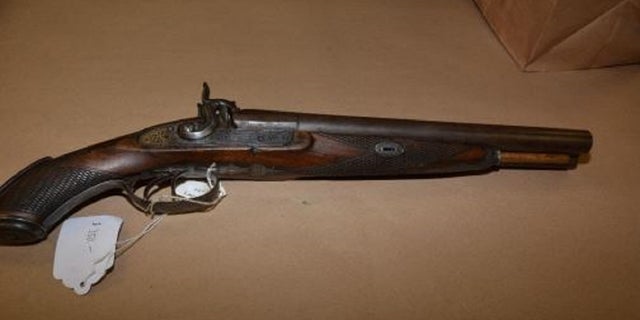 “And, he had been recently watching videos of the Charleston mass shooting down in South Carolina and other mass shootings so that he could learn what to do and what not to do,” she added.

She said Steber planned to shoot himself and his roommate if the roommate was accepted into a fraternity and Steber wasn’t. She said Steber bought the weapons within the past week, but it wasn’t clear if they were obtained legally.

Police said Steber was ordered held without bond for a maximum of ten days and must undergo a mental health examination during that time.

“This is any parent’s worst nightmare,” defense attorney John Bryson said about Steber’s father, who had appeared in court. “He’s obviously very concerned about his son.”