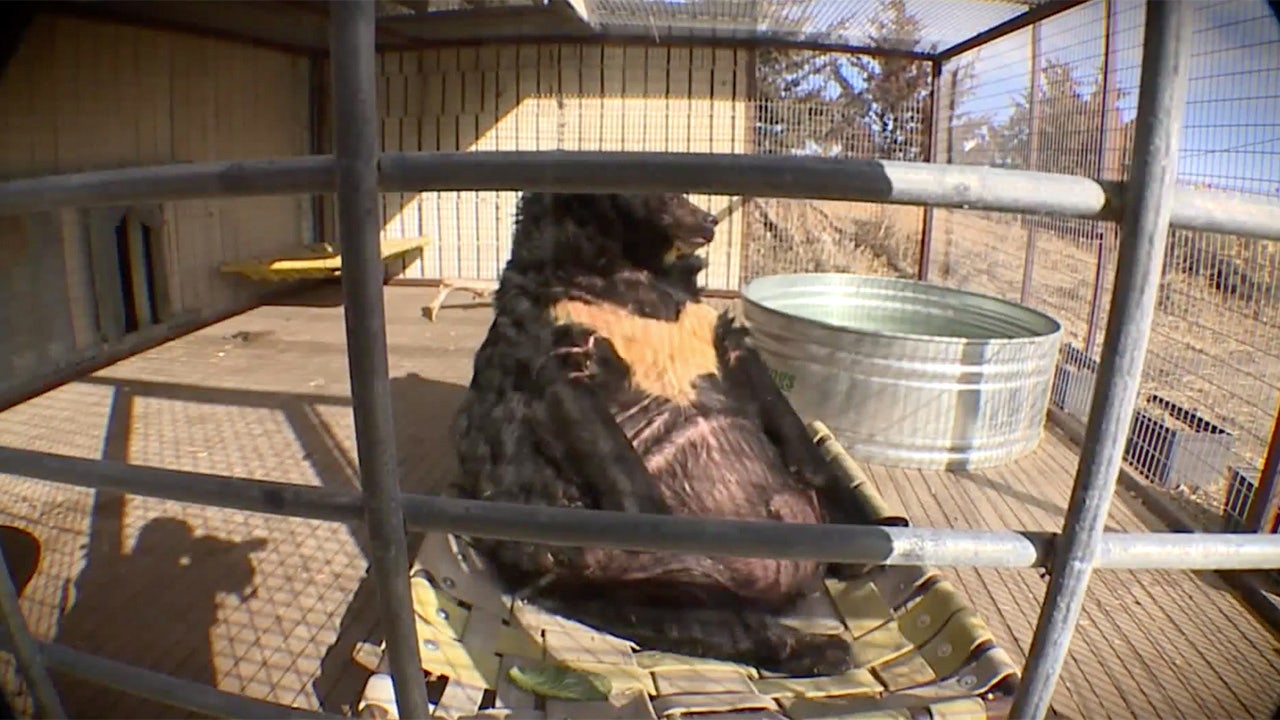 An overweight bear that may have been living inside a small enclosure with poor conditions for “possibly decades” got a fresh start this week after being released to a Colorado animal sanctuary.

Dillon, an Asiatic Bear, was removed from the Union County Sportsmen’s Club in Milton, Penn., on Monday where he was enclosed in small cement cage with inadequate water, declawed and subject to continuous gunfire as his cage was just 200 feet from a shooting range, FOX31 reported, citing officials.

“He’s been there for possibly decades,” Kent Drotar with the Wild Animal Sanctuary in Keenesburg told the station. “He’s incredibly large. We estimate he’s hundreds of pounds overweight. Just obese.”

Dillan was taken to the sanctuary with significant medical issues. According to a statement released on the group’s Facebook page, his teeth, gum lines and jaw bone have been eaten away at by a long-standing infection, he has patches of raw skin and his paws are severely disfigured after he was declawed at some point in captivity.

“Once Dillon’s dental issues have been repaired and his multiple infections are cleared, he will be able to move into a natural habitat where he can begin losing weight through exercise and receiving a correct diet,” the statement continued.

Dillon was released after several organizations, including actor Alec Baldwin, wrote to the governor and pressured the club to release the bear.

The Union County Sportsmen’s Club is a 200-acre property that features a shooting range, golf course, restaurant and bar, and other wildlife. Members pay $25 a year to gain access to the club.

A request for comment was not immediately answered but an employee told Fox News over the phone that there are other animals on the property, including deers and bears, but nothing as large as the obese bear.