An Ohio woman was arrested after she allegedly broke into a home on Monday. But once inside, she did things many others would pay her to do, according to officials.

Cheyenne Ewing snuck into a home in Hamden, a city roughly 80 miles south of Columbus, around 9 a.m. and sat down on the couch, the Vinton County Sheriff’s Office wrote online.

FLORIDA WOMAN PULLS ALLIGATOR FROM HER PANTS DURING TRAFFIC STOP

Ewing then allegedly started to pet the family dog inside the home and proceeded to wash the dishes before leaving. 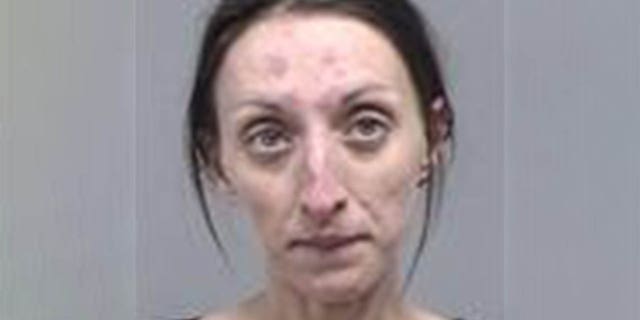 Cheyenne Ewing was arrested after she allegedly broke into someone’s home in Hamden, Ohio on Monday. (Vinton County Sheriff’s Office)

The person who reported Ewing to investigators said they didn’t know Ewing and didn’t invite her into their home, and said she “was acting very strange.”

The sheriff’s office said that deputies later found Ewing as she was knocking on doors in the neighborhood.

Ewing appeared to be “under the influence of narcotics,” and claimed to have been awake for two days. She allegedly provided a responding deputy with a fake name.

She was taken to the Southeastern Ohio Regional Jail and charged with burglary, officials said. A bond hearing was scheduled for Tuesday.