An Ohio man who impersonated the long-missing child who disappeared when he was 6 years old was sentenced Wednesday to two years in prison after pleading guilty to identity theft.

Brian Michael Rini, 24, of Medina, will be credited for time served dating back to April 2019 and will be on probation for one year following his release. He pleaded guilty last year to aggravated identity theft and lying to FBI agents.

Prosecutors later dropped the lying charge. He could have faced up to eight years in prison had he been convicted on all charges. 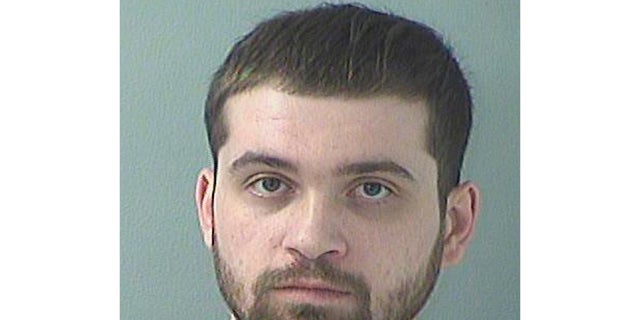 Brian Rini, 24, an Ohio man who claimed to be a missing Illinois child, was sentenced to two years in prison Wednesday. (Butler County (Ohio) Jail via AP)

Rini was initially arrested after a DNA test proved he wasn’t Timmothy Pitzen, an Aurora, Ill., boy who went missing in 2011. Rini was found by authorities April 3, 2019, wandering the streets of Newport, Ky.

He claimed to be Pitzen and said he had just escaped captors who sexually assaulted him. Federal authorities became suspicious when he refused to be fingerprinted.

The hoax raised hope for Pitzen’s relatives that his disappearance had been solved. Investigators believe the boy vanished after his mother, 43-year-old Amy Fry-Pitzen, pulled him out of kindergarten and took him on a two-day road trip to the zoo and a water park in Wisconsin.

Fry-Pitzen killed herself at a hotel, authorities said. She left a note saying her son was safe with people who will love and care for him.

“You will never find him,” the note said.

Rini was released from prison in March after serving more than a year for burglary and vandalism. He was accused of making up stories during his prison stint, records show. He was treated in 2017 at a center for people with mental health issues and substance abuse problems.

Rini admitted he watched Pitzen’s story on ABC’s “20/20” and wanted to get away from his own family, the FBI said. He previously twice portrayed himself as a juvenile victim of sex trafficking in Ohio, authorities said.