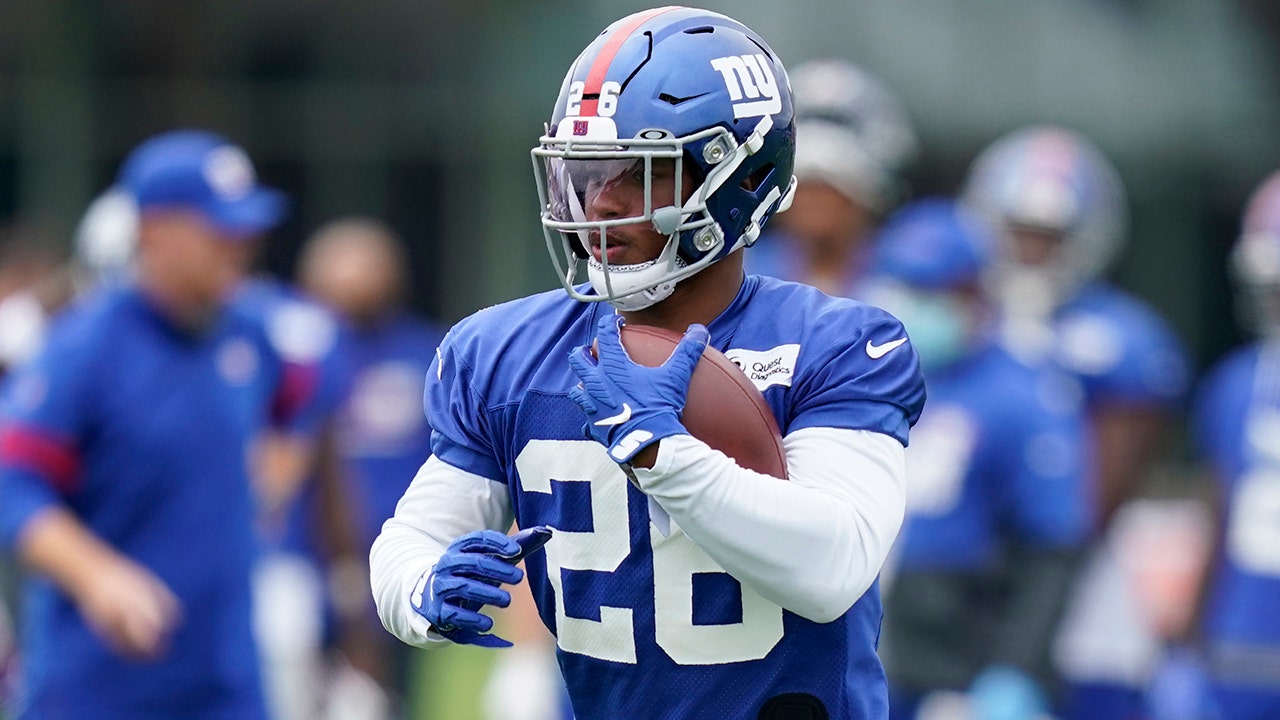 New York Giants’ Saquon Barkley had a disappointing performance during Monday night’s loss to the Pittsburgh Steelers, but legendary NFL running back O.J. Simpson came to his defense on Tuesday, instead blaming the team’s “soft” offensive line.

Simpson shared his thoughts on Twitter saying he was “a little pissed” after hearing the commentary surrounding Barkley, who managed just just six yards on 15 carries in the Giants 26-16 loss.

“It wasn’t that he didn’t play well, he didn’t have a chance,” a fired up Simpson said.

“I can tell you I, Walter Payton, Barry Sanders — none of us could have gained yards. We spent our whole career going against stacked defenses … but the difference between myself, Walter and Barry [Sanders] is that I had Lou Saban and Jim Ringo coaching. Walter had [Mike] Ditka. Barry had Wayne Fontes. Tough guys. Guys that coached the offensive line not to do fancy blocking, but to take that Riddell and stick that Riddell on some a–es.”

Simpson took it a step further and seemed to point the finger directly at new offensive coordinator Jason Garrett, referencing his time as head coach of the Dallas Cowboys.

“I always thought despite the points that they [Dallas] scored, when they got into big games they underachieved because they didn’t play physical — it was all about the scheme and that seems to be what they’re doing with the Giants,” Simpson continued.

CLICK HERE TO GET MORE SPORTS COVERAGE ON FOXNEWS.COM

The third-year running back will have a chance to redeem himself when the Giants take on the Chicago Bears on Sunday at 1 p.m.