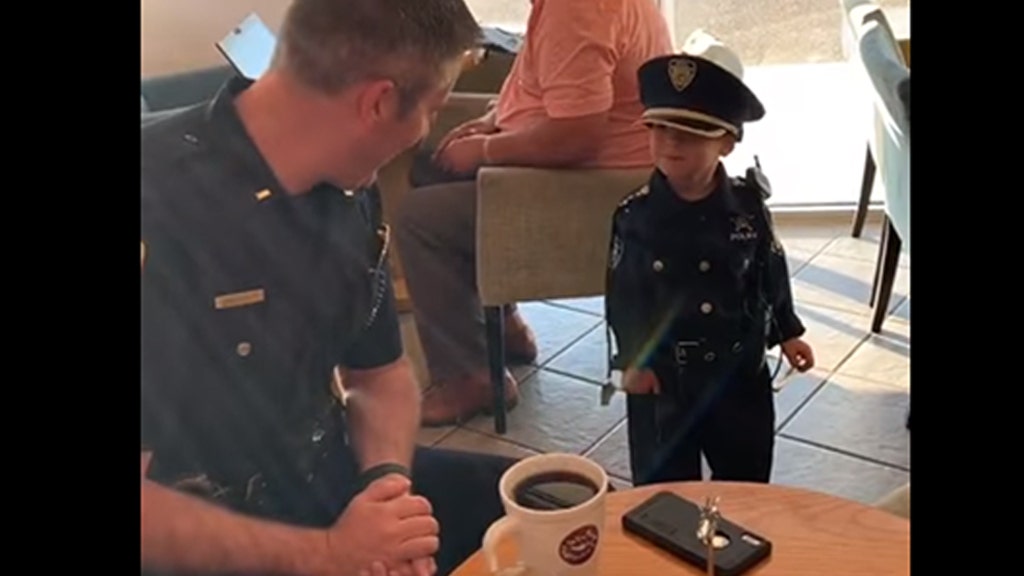 A cute prospective three-year-old police recruit stood tall to meet members of a local police department in Oklahoma City Tuesday and show off his tiny uniform.

Carson impressed local officers from the Edmond Police Department, who were hosting their monthly Coffee with a Cop event, where residents attend to meet law enforcement, ask questions and strengthen community relationships.

The child showed off his uniform to Lt. Paul Phillips who joked, “he outranks me,” after noticing that the toddler had three stars on his jacket.

NATIONAL ‘COFFEE WITH A COP DAY’ AIMS TO BRING COMMUNITIES, POLICE TOGETHER OVER A CUP OF JOE

Carson then proudly blew his police whistle, as Phillips told him “that’s awesome” and that her “liked his outfit.”

Coffee with a Cop takes place on the second Tuesday of every month across Edmond and began in the town in June 2017.

The initiative was launched in Hawthorne, Calif. in 2011 as a way for officers from the Hawthorne Police Department to establish trust between the community and the police. The program has expanded nationwide and “opens the door for interactions outside of the crisis situations that typically bring law enforcement officers and community members together,” according to the program’s website.