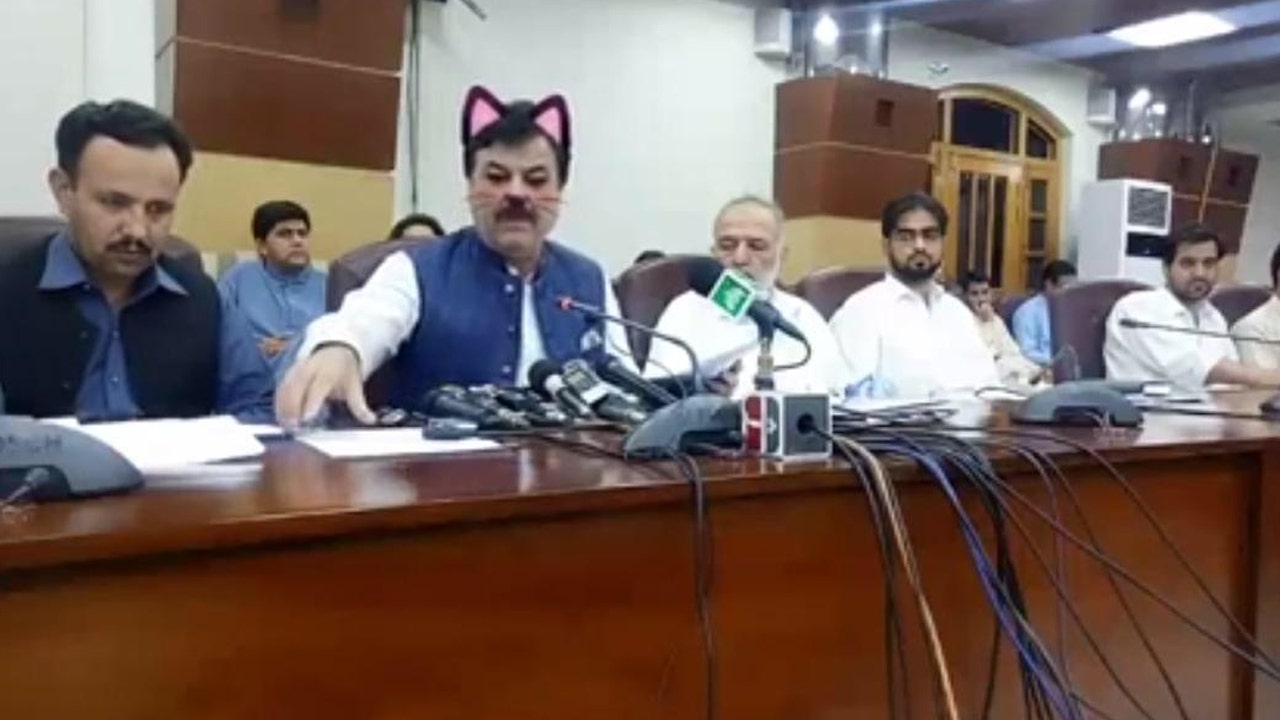 An official livestream in Pakistan was mocked Friday after a regional minister appeared to be wearing kitty ears after a mishap involving part of Facebook’s “cat filter.”

Shaukat Yousafzai was speaking with reporters after a cabinet meeting when the purr-fect filter — with whiskers and bright pink ears — appeared.

Users quickly noticed the mishap on the Pakistan Tehreek-e-Insaf party’s official page, and it was deleted within minutes, AFP reported. But not before amused viewers screenshotted it for posterity.

‘ITALIAN BONNIE AND CLYDE’ ARRESTED IN THAILAND, ACCUSED OF PRETENDING TO BE GEORGE CLOONEY TO SELL CLOTHES

Yousafzai confirmed what happened to AFP, saying it was an accident.

“The cat filter was turned on by mistake…Let’s not take everything so seriously,” he said. “I wasn’t the only one — two officials sitting along me were also hit by the cat filter.”

The political party’s social media team in a statement blamed “human error” for the accident, and said “all necessary actions have been taken to avoid such incident in future.”