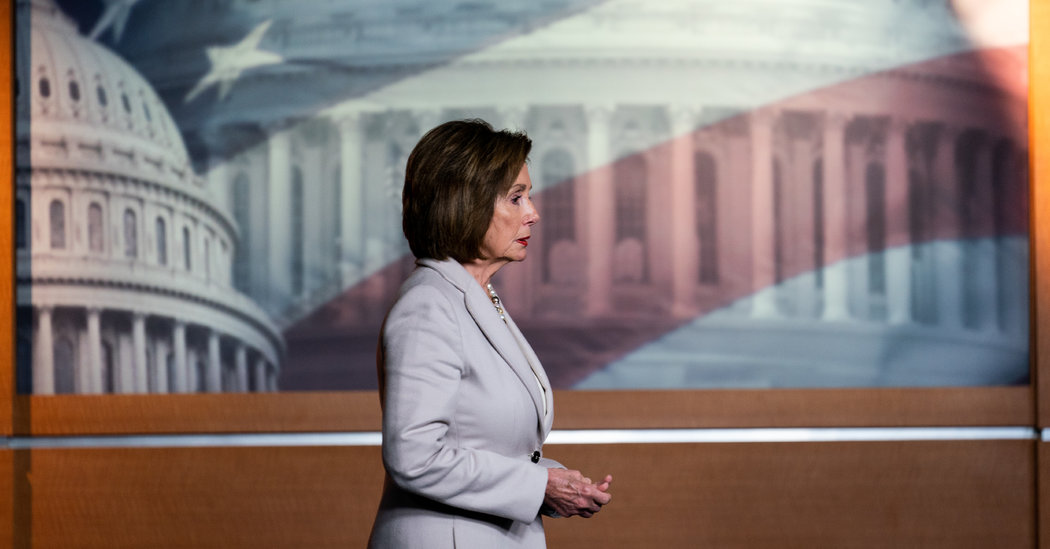 ISTANBUL — Speaker Nancy Pelosi has traveled to Jordan to met with the Jordanian king for “vital” discussions about the Turkish incursion into Syria and other regional challenges, amid uncertainty about whether an American-brokered cease-fire with Turkey in northern Syria was holding.

The visit by senior United States officials came as sporadic clashes continued on Sunday morning along the Turkish-Syrian border, where, according to the Turkish Defense Ministry, a Turkish soldier was killed by Kurdish fighters in the Syrian border town of Tel Abyad.

Confusion and continued shelling have marred the cease-fire deal announced by Vice President Mike Pence last week, with both Turkey and Kurdish leaders accusing each other of violating the truce.

“Our bipartisan delegation is visiting Jordan at a critical time for the security and stability of the region,” Ms. Pelosi’s office said in a statement. “With the deepening crisis in Syria after Turkey’s incursion, our delegation has engaged in vital discussions about the impact to regional stability, increased flow of refugees, and the dangerous opening that has been provided to ISIS, Iran and Russia.”

A planned visit by Ms. Pelosi to American troops in Afghanistan this year was abruptly scrapped by President Trump in a striking moment of one-upmanship during bitter negotiations over the partial government shutdown that forced thousands of federal employees to work without pay.

As Mr. Trump signaled that he would go ahead with his State of the Union speech in January amid the shutdown, Ms. Pelosi suggested he should cancel or delay it, citing security concerns amid the prolonged shutdown.

Mr. Trump’s order for the American retreat from its military positions at the other end of Syria — along the Turkish border with northern Syria — set in motion the latest flash point of the eight-year-old Syrian war.

That withdrawal gave the implicit blessing of the White House to Turkish troops to enter northern Syria 10 days ago, where they since claimed the capture of about 1,800 square miles of Syrian territory, diminished American influence in the region and opened the door for Russia to fill the vacuum.

Turkey wants to force out a Kurdish-led militia that had used the chaos of the Syrian conflict to create an autonomous region outside the influence of the Syrian central government. The Kurdish-led militia, known as the Syrian Democratic Forces, had operated under the protection of the United States, since its fighters had partnered with the American military in 2014 to push the Islamic State out of the region.

But Turkey considers the militia a threat to its national security since it is an offshoot of a guerrilla movement that has waged a decades-long insurgency against the Turkish state. The Turkish government wants its Syrian Arab proxies to establish a new autonomous zone in northern Syria in order to dilute Kurdish influence along its southern border.

On Thursday, Mr. Pence announced a deal with Turkey that gave American assent to Turkey’s plan, in exchange for a five-day cease-fire that would allow Kurdish fighters to retreat safely from the region.

But the cease-fire has yet to fully take hold. Sporadic shelling continued on Saturday night and smoke could be seen billowing near a strategic town, observers on the border said.

The commander of the Kurdish-led forces, Mazloum Abdi, said in interviews with international news media on Saturday that Turkish troops had refused to let his fighters retreat. In response, the Turkish ministry said there were “absolutely no impediments to withdrawal.”

Turkish forces allowed a convoy of medical staff members and aid workers to enter the Syrian border town of Ras al-Ain on Saturday and evacuate injured people back to Kurdish-held territory, members of the convoy said.