Police, citizens buy up the beer in German town before neo-Nazi music festival

Law enforcement officials and citizens united to empty a German town’s supply of beer ahead of a neo-Nazi music festival planned for this weekend, over concerns that alcohol could increase the risk of violence. With the support of a court-imposed alcohol ban, police successfully confiscated over 1,162 gallons of beer.

Around 600 people flocked to the Schild und Schwert (Shield and Sword) Festival in the town of Ostritz, Saxony, for the event that began on Friday, Newsweek reports. Locals, however, were prepared with a plan of their own.

Before the event, a Dresden court banned the sale and possession of alcohol for the festivalgoers over safety concerns. Police swiftly seized approximately 1,162 gallons of beer between Friday and Saturday, with locals pitching in to purchase over 200 crates of beer from Ostritz grocery stores.

TEXANS WILL BE ABLE TO GET BEER, WINE DELIVERED DIRECTLY TO THEIR HOMES

“The plan was devised a week in advance. We wanted to dry the Nazis out,” local activist Georg Salditt said of the news, the BBC reports. “We thought, if an alcohol ban is coming, we’ll empty the shelves at the [supermarket].”

According to the outlet, Ostritz “already has a reputation for far-right activism” — a position some residents are eager to separate themselves. One local woman stressed that neo-Nazis are unwelcome in their community. 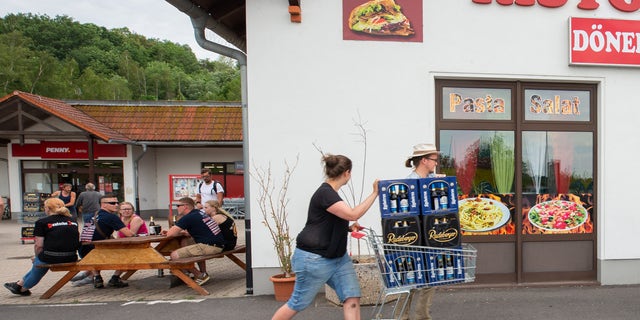 A woman and a man push a shopping cart with beer crates along the street near a local supermarket to protest the Shield and Sword Festival.  (Photo by Daniel Schäfer/picture alliance via Getty Images)

“For us it’s important to send the message from Ostritz that there are people here who won’t tolerate this, who say ‘We have different values here, we’re setting an example, which is not the image of a far-right concert, which dominates the media coverage,’” the resident told local media. 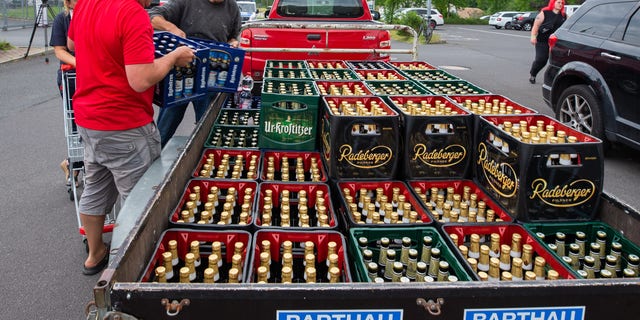 A woman and two men load beer crates near a local supermarket onto a trailer.  (Photo by Daniel Schäfer/picture alliance via Getty Images)

Roughly 1,400 police officers from various parts of Germany were sent to patrol the festival, BBC reports.

This year the Shield and Sword Festival drew a smaller crowd this year, compared to last year’s attendance of 1,200, according to the BBC. 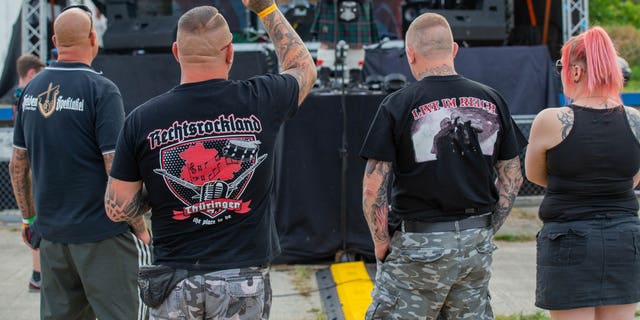 Three men and a woman watch a stage at the Shield and Sword Festival. (Photo by Daniel Schäfer/picture alliance via Getty Images)

Reps for the Saxony regional police reported that aside from a few minor incidents, the event went smoothly.

Saxony’s state Premier Michael Kretschmer applauded the pluck of the locals to protest the neo-Nazis with the beer buyout.

“I am very impressed with how in such a small town … the citizens stand up to make it clear that right-wing extremists are not wanted here,” Kretschmer, said, as per Newsweek.