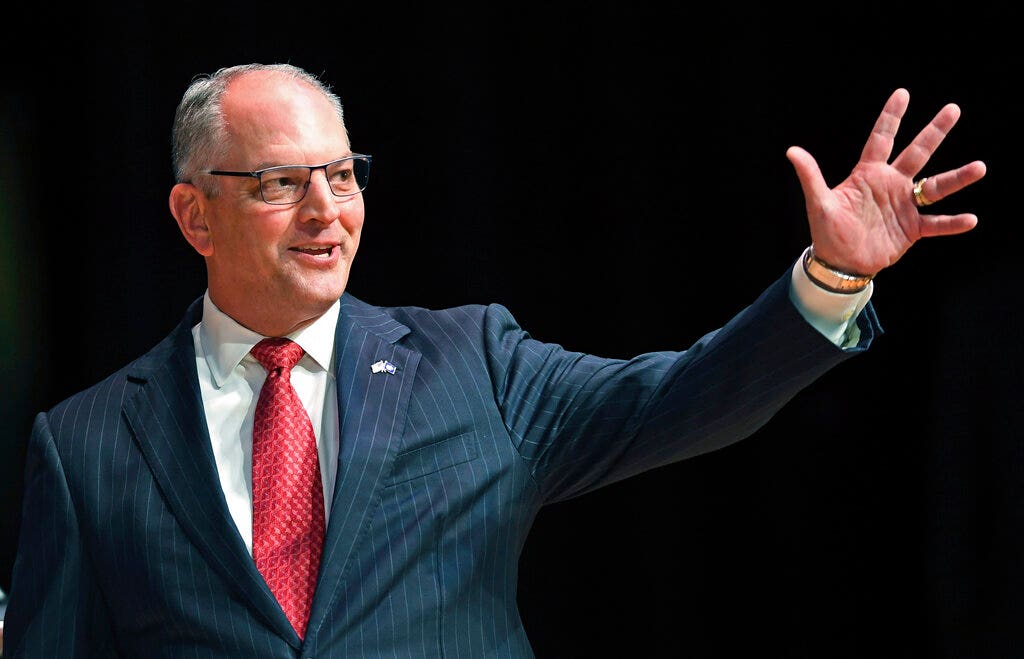 Polls have closed in Lousiana‘s primary election, which will determine whether Democratic Gov. John Bel Edwards will face a runoff election next month against one of two GOP contenders.

Under Louisiana’s so-called “jungle primary” system, all the candidates of both parties appear on a single ballot and a runoff is triggered if no candidate achieves a simple majority.

Voters went to the polls one night after President Trump held a rally in Lake Charles in a last-ditch attempt to encourage voters to vote for either U.S. Rep. Ralph Abraham or businessman Eddie Rispone in order to prevent Edwards from hitting the magic number of “50 percent plus one.” A runoff would take place on Nov. 16.

Trump was careful not to throw his weight behind either of the Republican challengers running and instead was joined on stage by both Abraham and Rispone at the “Keep America Great Rally.”

Abraham, 65, a third-term congressman from rural Richland Parish in northeast Louisiana, touted his background as a doctor. He pledged tax cuts while promising new spending on early childhood education, roads and public safety. He didn’t explain how he would balance the budget with less revenue.

Rispone, 70, founder of a Baton Rouge industrial contracting company, is a long-time GOP political donor running for his first elected office. He largely self-financed his campaign, pouring $11 million in the race. He presented himself in the mold of Trump, describing himself as a conservative outsider who would upend the traditional political system of Baton Rouge.

Edwards dealt with a crisis on Saturday morning after a portion of the Hard Rock Hotel under construction in downtown New Orleans collapsed killing one person and injuring dozens more. Rescue efforts were ongoing inside the building as law enforcement officials said two people remained trapped inside even as a 270 feet tall crane remained unstable, requiring possibly larger equipment to stabilize it.

Republicans sought to prove that Edwards’ longshot victory in 2015 was a fluke, aided by a flawed GOP opponent, David Vitter, who was hobbled by a prostitution scandal and attacks on his moral character from fellow Republicans in the primary.

Democrats want an Edwards reelection win to show they can compete even in a ruby red state that Trump won by 20 points. Throughout his campaign, Edwards sought to make the election a referendum on his performance rather than a commentary on Louisiana’s views on national politics.

Edwards, a West Point graduate and former Army Ranger opposes abortion and gun restrictions, talks of working well with the Trump administration and calls the U.S. House Democrats’ impeachment inquiry a distraction to governing in Washington. He signed one of the nation’s strictest abortion bans, but also expanded Louisiana’s Medicaid program, adding nearly a half-million new people to government-financed health care and lowering the state’s uninsured rate below the national average.