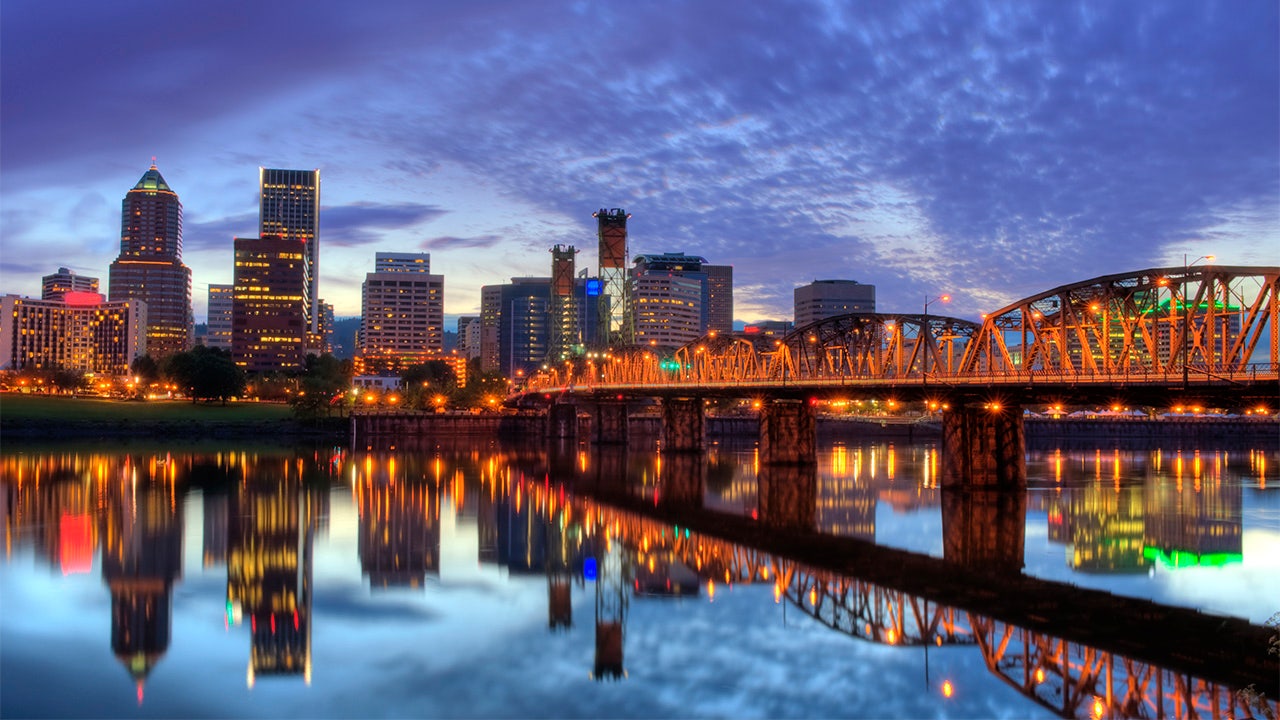 Portland was under a state of emergency Saturday after rioting and looting raged overnight in the Oregon city’s downtown.

Mayor Ted Wheeler announced a curfew after declaring the emergency around 4 a.m. The curfew goes back into effect from 8 p.m. PT Saturday until 6 a.m. Sunday.

Police announced two arrests in connection with the rioting in which protesters set fires throughout downtown and smashed storefront windows, according to reports.

Police, who declared the protest a riot, said they deployed tear gas after people threw projectiles at them, The Associated Press reported.

Wheeler tweeted a plea to protesters to remain peaceful and said that, while he had left Portland to attend to his dying mother, he was heading back.

“Portland, this is not us,” he wrote. “When you destroy our city, you are destroying our community. When you act in violence against each other, you are hurting all of us. How does this honor the legacy of George Floyd?”

The looting damaged shops inside Pioneer Place mall, a Target, a CVS pharmacy, jewelry shops and many others, Fox 12 Portland reported.

At the CVS, looters grabbed what they could and started burning it in the middle of the street, the station reported

Many people marched and chanted “black lives matter” and “no justice, no peace” and “say his name, George Floyd,” according to the station.

“There has been significant vandalism and a shooting connected to this protest,” police tweeted. “People need to go home. This event has been declared an unlawful assembly. If you do not go home now, force will be used to disperse you.”

Floyd, an unarmed black man, was killed while handcuffed and in police custody in Minneapolis. The officer who kept pressing his knee into Floyd’s neck has been charged with murder and manslaughter. Other cops involved in the incident have been fired and may also be charged.