Powell, Warning of a Possible Virus Fallout, Is Slammed Again by Trump 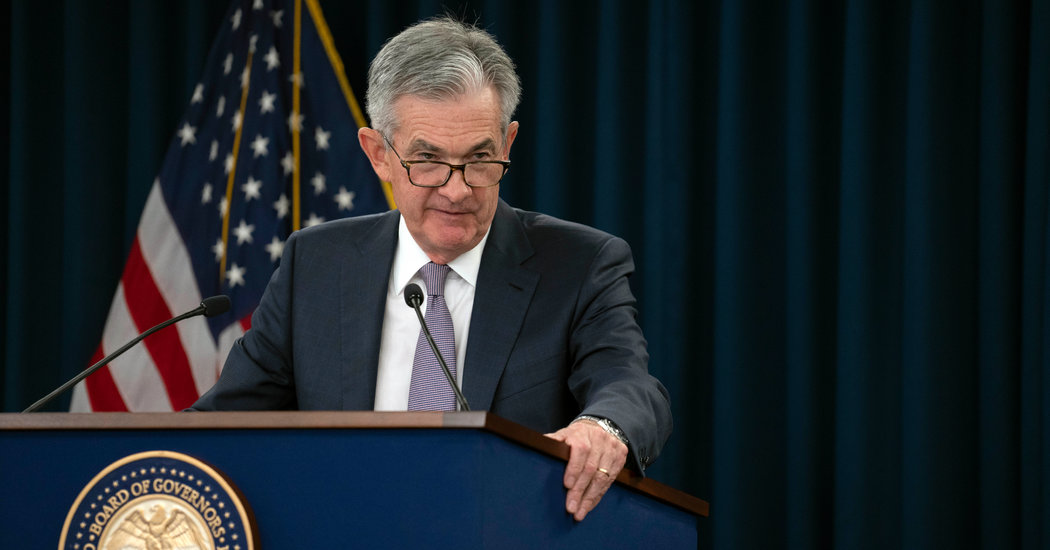 “We are closely monitoring the emergence of the coronavirus, which could lead to disruptions in China that spill over to the rest of the global economy,” Mr. Powell told House Financial Services Committee members.

The central bank chief is also set to testify before the Senate Banking Committee on Wednesday.

The Fed is treading cautiously as the economy continues to add jobs but inflation remains low. An initial trade deal with China has eased one major source of economic uncertainty, but tariffs remain on Chinese goods and tensions with other nations could reignite. And the new virus — which has killed more than 1,000 people and sickened tens of thousands — has emerged as an economic wild card.

“Some of the uncertainties around trade have diminished recently, but risks to the outlook remain,” Mr. Powell said. Still “the current stance of monetary policy will likely remain appropriate” as long as incoming economic information remains in line with the Fed’s outlook.

When asked by lawmakers about the coronavirus, Mr. Powell said the Fed is asking questions including “What will be the effects on the U.S. economy? Will they be persistent? Will they be material?”

“We know that there will be some — very likely be some effects on the United States,” he said. “I think it’s just too early to say, we have to resist the temptation to speculate on this.”

The Fed’s policy rate is now set in a range of 1.5 to 1.75 percent, after officials cut it three times last year to insulate the economy against wobbling global growth and fallout from President Trump’s trade battles.

The housing market perked up as the Fed made its cuts, and the economy as a whole is growing steadily through a record 11th year of expansion.

Despite that, Mr. Powell has remained the subject of near-constant White House complaints. Mr. Trump told Fox Business Network on Monday that “we should have a lower interest rate” and said Mr. Powell “let me down. I think he’s done the wrong thing.”

As Mr. Powell testified Tuesday, Mr. Trump commented on his performance on Twitter, seemingly blaming the Fed Chair as stock prices drifted downward. Prices later recovered and it is unclear what caused the minor wobble, which came amid developing news about the coronavirus and potential regulatory action involving technology companies.

Mr. Powell was asked about negative rates, which Mr. Trump has repeatedly pressed for in the United States. He said that the Fed chose to use other tools to stimulate the economy in the last downturn, and would probably do so again in the next.

“When you have negative rates, does it wind up creating downward pressure on bank profitability, which limits credit extension?” he said. “There’s some evidence of that.”

The Fed operates independently of the White House but answers to Congress, which has given it the freedom to pursue its two goals — stable inflation and maximum employment — as it sees fit.

Mr. Powell has met extensively with lawmakers from both the House and the Senate, and he tends to get a comparatively welcoming reception during his visits to Capitol Hill.

A good relationship with Congress could prove essential in the next recession. Interest rates have fallen across advanced economies as the population has aged and productivity growth has slowed, which means that the Fed will likely have less room to cut borrowing costs to coax the economy back to life in future downturns.

That means “it would be important for fiscal policy to help support the economy if it weakens,” Mr. Powell said. He tied that point to a pet topic of his: the size of the government’s debt.

The budget deficit topped $1 trillion in 2019 and the Congressional Budget Office expects trillion-dollar deficits for the next several years.