A British tourist allegedly sucker punched a bodyguard for American rapper Future at the airport on the Mediterranean island of Ibiza earlier this week after the star declined to pose for a selfie, according to reports.

TMZ, which originally reported on the attack, said a group of 10 men approached the “Turn On the Lights” artist Monday and asked for a selfie. The site reported that Future declined, telling the men: “Not today, guys.”

At that point, the men hurled racially abusive remarks at the rapper. That prompted his security to step in and confront the group before one of them hit the bodyguard from behind.

The attackers are seen on the video celebrating after the punch.

He adds: “After all the hard talk you know. He got sparked. No way. No way.” 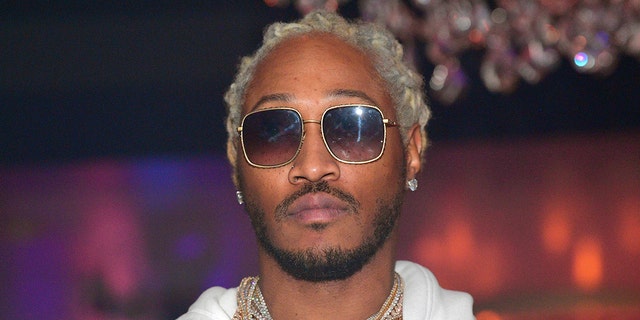 A British tourist allegedly sucker-punched the bodyguard of Future, a famous American rapper, at an Ibiza airport last week after the disgruntled fan didn’t get to pose for a selfie with the hip hop star, according to reports.(Photo by Prince Williams/Wireimage)

The rapper posted on Instagram about the incident, saying: “Basically these fake goons ask to suck my d— for a picture I told ’em NOOOOO…apparently they get angry and do sum sucker s—.”

“I left the airport, they edit the video they filmed and sent it to blogs real real tuf guys,” Future went on. “What they did to security I didn’t see period, I’m not a witness to anything … Leave me out anything having to do with this incident.”

The Sun reported that police in Ibiza have not said whether any members of the group have been identified or arrested.

The paper added that the bodyguard was later helped to his feet by passers-by. His condition was not immediately known.