A reputed Italian mob boss known as the “cocaine king of Milan” escaped from a prison in Uruguay Sunday while he was waiting to be extradited to Italy after living in the South American country for over a decade under a false name, officials said.

Rocco Morabito, 52, was the alleged leader of Calabrian ‘Ndrangheta, Italy’s most powerful organized crime group and one of the largest European importers of cocaine from South America, UK’s Independent newspaper reported.

Uruguay’s interior ministry confirmed Monday that Morabito escaped through a hole in the roof of the Central Prison in Uruguay’s capital Montevideo on Sunday with three other inmates and robbed the owners of a local farmhouse before fleeing. 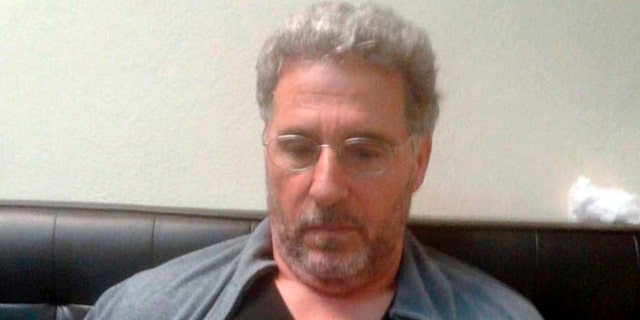 FILE – In this Sept. 3, 2017 file photo released by the Italian police, a man identified by police as longtime fugitive Rocco Morabito, looks down after being arrested at a hotel in Montevideo, Uruguay. (Italian Police via AP)

Italy’s Interior Minister Matteo Salvini told Sky News that he’ll be “asking for immediate explanations from the Montevideo government” after Morabito’s “disconcerting and serious” escape from jail. “We will continue to hunt down Morabito, wherever he is, to throw him in jail as he deserves,” Salvini said.

He was arrested in a Montevideo hotel in 2017 after living in Uruguay for 13 years under a fake name, Sky News reported. He used a Brazillian passport to pose as a soybean farmer and real estate salesman, the report said.

Morabito was convicted of mafia association, drug trafficking and other serious crimes in Italy in 1994 after completing a $7.9 million deal to import almost a ton of cocaine into Italy. He escaped the country before authorities put him in jail and had been on the run for 23 years prior to his 2017 arrest, reports said