Rikers Island guards failed to act for 7 minutes while detainee, 18, hanged himself: report 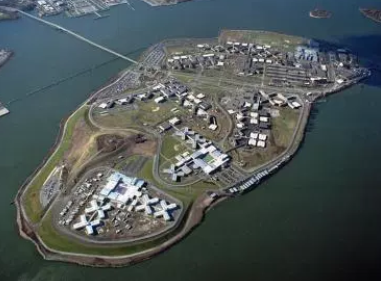 Four New York City corrections officers were suspended this week after failing to intervene in an attempted suicide that left an 18-year-old inmate in a medically induced coma, a report revealed Tuesday.

Three officers and a captain were suspended after they failed to stop Nicholas Feliciano from hanging himself inside a Rikers Island jail cell last week, The New York Times reported, citing sources who spoke on condition of anonymity.

The officers reportedly took seven minutes to intervene despite being able to watch Feliciano on a guard desk where officers can monitor inmate activity through video feeds. The guards were recorded themselves, on a separate video, failing to act.

An officer was also seen opening the door to the cell where the inmate was hanging and then closing it and walking away without ever having gone inside, the Times’ report continues.

As of Tuesday Feliciano was being held in the Elmhurst Hospital Prison Ward, where he was on a respirator with no brain activity.

He had been arrested last month because of a parole violation.

New York City lawmakers voted in October to close the Rikers Island jail complex, which has become synonymous with violence and neglect, and replace it with four smaller jails intended to be more modern and humane.

Rikers Island has housed jail inmates since the 1930s and has long been accused of brutality.

The jail complex saw hundreds of stabbings each year during the 1980s and early 1990s.